Between the Ticks of the Watch

On view through Sunday, June 26th

What we understand to be true is continually honed by the dialectic between skepticism and certainty. Doubt can be an essential epistemological method for identifying new avenues of inquiry, opening space for the germination of novel forms and concepts. At the same time, doubt also eats away at the foundation of understanding itself, calling into question the very possibility of knowledge.

Curated by Solveig Øvstebø, Between the Ticks of the Watch presents a platform for considering doubt as both a state of mind and pragmatic tool. Rather than defining the concept, the exhibition traces how uncertainty manifests itself. In different ways, the artworks presented and accompanying program of talks and screenings offer glimpses of how the condition of doubt permeates questions of scientific verification, identity, construction of language, and broader philosophical concerns.

Kevin Beasley presents a new installation featuring objects comprised of gas masks and megaphones: these hybrids are poised both to defend against and to facilitate expressions of power. Here, they lay on the floor, ready to be activated in situations of conflict.

Peter Downsbrough’s works are marked by an investigation into the spatial possibilities of language and the linguistic possibilities of space. His spare installations use lines to structure and divide and treat words as objects which are frequently split, mirrored, or otherwise manipulated.

The collaged drawings of Goutam Ghosh appear to have been paused mid-execution; often structured by an underlying grid, the remaining empty space lingers uncertainly between inception and completion.

The value in mathematics (language), a recent video by Falke Pisano, centers on a conversation between the artist and two ethnomathematicians as they discuss how qualitative interpretations can undermine what are otherwise considered to be objective truths.

With a biting playfulness, Martha Wilson combines photography and text to stage acts of self-questioning, using her own shifting appearance to explore the fluidity of identity and its representations. 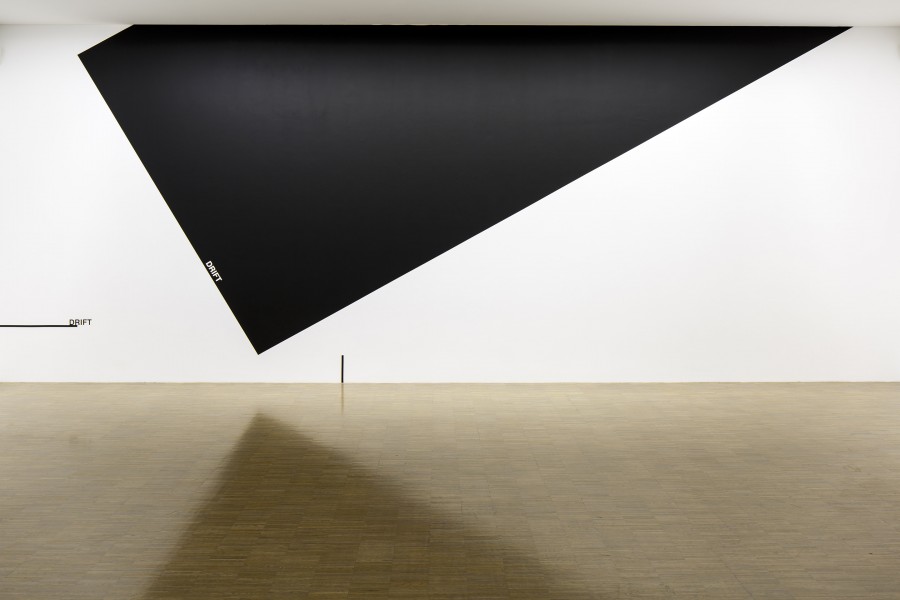