Rarely shown artifacts and ephemera from the domestic history of the Museum’s landmarked lakeshore mansion, exhibited alongside objects from the permanent collection and work by contemporary artists engaging site, space and the phantasmic.

1524 N. Lake Shore Drive has been the home of the International Museum of Surgical Science since the early 1950s; though in the decades prior, this stately limestone mansion on the shores of Lake Michigan was the private residence of Chicago socialite Eleanor Robinson Countiss Whiting and her small family. In the early 1900s, Eleanor commissioned the celebrated Chicago architect Howard Van Doren Shaw to produce for her a near-replica of la Petit Trianon, the palatial playground of Queen Marie Antoinette on the grounds of Versailles. Eleanor’s father JK Robinson, an executive of the Diamond Match Company, put up the funds for 1524 as a gift to Eleanor on the occasion of her first marriage. The mansion first opened onto an unspoiled lakefront in the Spring of 1917, and was supervised by its singular Mistress until her death in the early morning of March 20, 1931.

The age and stature of 1524 have long drawn speculation that the house is haunted. After nearly two decades dwelt within a property fit for European Royalty, it’s imaginable that the former occupants might have chosen to remain here beyond the grave. Speculation aside, it is easy to be “haunted” in these halls, replete as they are with tokens of bygone eras. Indeed, the real ghosts of 1524 are in its details – the ornamental moulding, window seats, oriental rugs, or fragments of fossils in the lush marble floors – each eccentric traces of the house’s early inhabitants. Of course, they are also in the chance draft of cold air, the shadowed basements and closets, the tingle or chill down one’s spine so common in 1524 after sunset.

“Haunted House,” at the International Museum of Surgical Science pairs rarely exhibited artifacts and ephemera from the domestic history of 1524 and the IMSS permanent collection with work by contemporary artists who either engage the building as a site, or who address the cobweb of themes around its architectural, phantasmic and phantasmagorical qualities.

This exhibition opens on the 85th Anniversary of Eleanor’s death here at 1524 N. Lake Shore Drive. 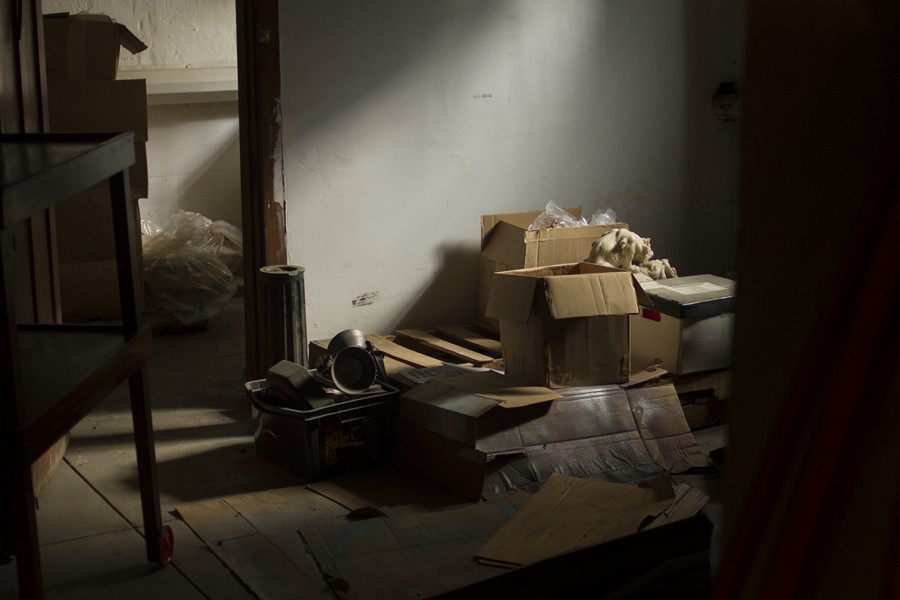