What is the message: The Brilliant Influence of Deborah Boardman

Year-by-year, Boardman (1958 – 2015) recorded her experiences in drawings and journals, exploring the dimensions of the artist’s daily life and dream life through depictions of her studio, family, friends and introspective free writing. Painted blue text on the last page in her notebook dated August 2015 sums it up powerfully: “What is the message – How can I share it with others?”

A collective survey of the work of Deborah Boardman as chosen by other artists, this exhibition will consider her career through a selection of works specifically assembled for the Heaven Gallery spaces. Featuring her work alongside that of her friends and peers, It is an important first consideration of Boardman’s work to date, and through it, we can only begin to understand the genesis of her creativity over three decades.

The crux of the exhibition is that it locates her work within her broader milieu as she defined it prior to her passing. How does an artists’ work emerge from the social fabric that is an art community? Perhaps this constellation of works will reveal some ways that her artistic goals, values and ideas were punctuated and shaped by those in her orbit; and in turn we will begin to map the ways that she was a catalyst in the creative production of others. Through artwork, we will visualize a community.

In a career spanning nearly 30 years, artist Deborah Boardman developed bodies of work across painting and drawing, installation, writing, environmental sustainability projects and sound/video. An educator, she influenced hundreds of artists, some of whom became her collaborators. Through it all, she has become especially known for her singular approach to color and pattern as a vehicle for emotional content and narrative potential, as well a uniquely gestural approach to mark making and hand lettering. As critic Lori Waxman wrote, her recent work has grappled with the unseen and ineffable, articulating “what life looks like in that gracious limbo between life and death.” 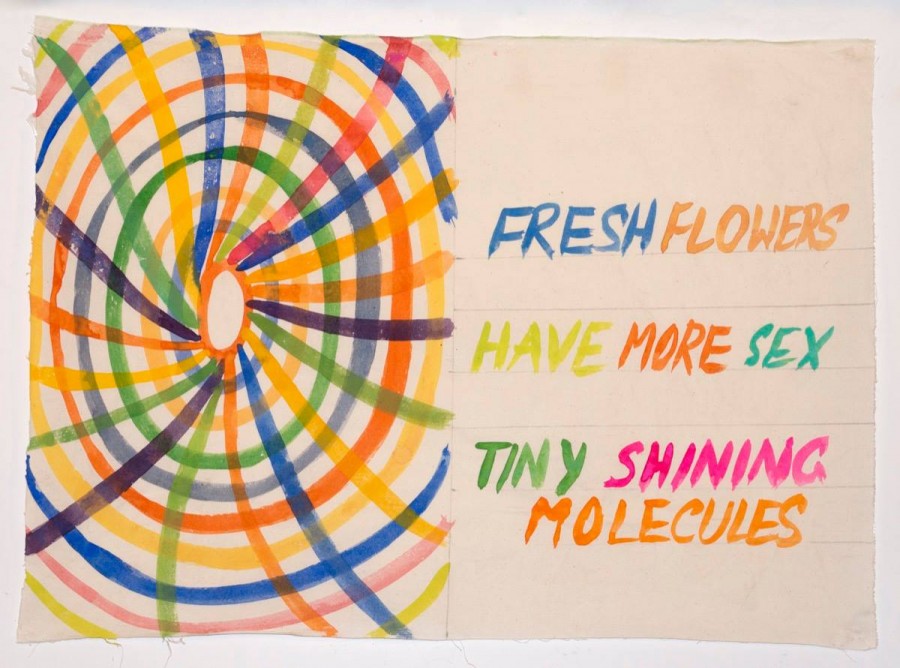