On view through Saturday, February 20th

Slant is a sonic architectural intervention that engages visitors as embodied listeners. In this immersive installation, sound and structure merge to extend and displace the surfaces of the gallery. Hundreds of small speakers are attached to taut wires and strung in an angular fashion between the walls, floor, and ceiling of the room. The resulting triangular forms mimic the shapes and sounds of migrating birds as sounds are gathered, placed into motion, and dispersed across the space.

All of the sounds were constructed in the studio using such varied sources as cuckoo clocks, feathers, and other instruments. The resulting recordings were then composed and recombined to shift between moments of density and quiet as they play out in cyclic patterns over the duration of the installation. Toying with sonic representations of nature, this piece engages the immediacy of sensory experience while simultaneously transporting the listener to sites out and away from the physical confines of the gallery. 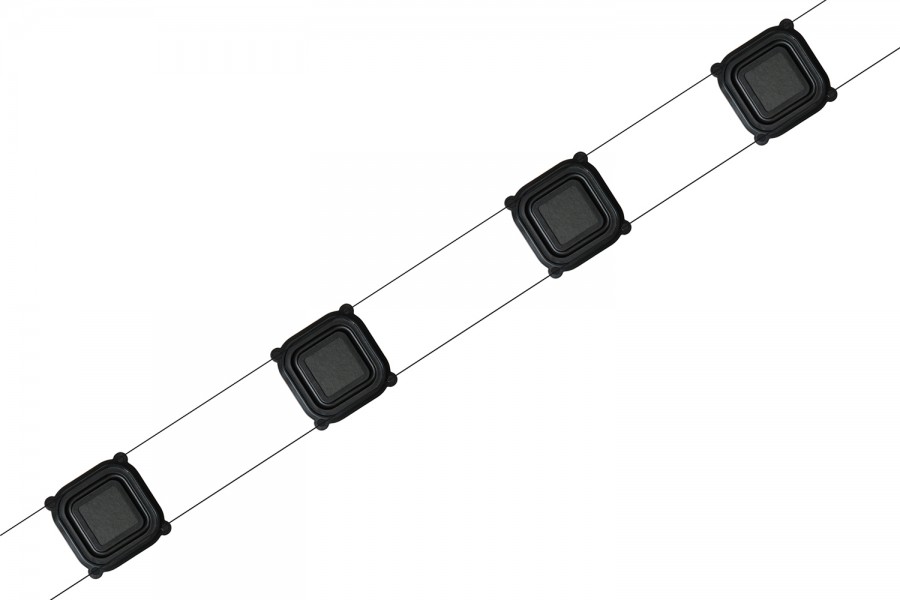