Document is pleased to present Christopher Meerdo’s second solo exhibition at the gallery. This new body of work explores ideas surrounding transhumanism and cryonics through 3D modeled and hydroprinted sculptures, photographs from a subterranean bunker home in Las Vegas, and animations on deconstructed display monitors.

The heir to the Avon family, Girard Henderson, built an underground nuclear fallout shelter in the style of a suburban home in Las Vegas in the 1970’s. He lived there, underground, with his wife Mary until his death in the 1980’s. After his passing, Mary built a home above the bunker to live out the rest of her days. The house is currently owned by a cryonics group called The Society for the Preservation of Near-Extinct Species. A room in the home was converted to house a permanent collection of cryonics ephemera as well as it functioning as a meeting room for society members.

The connectome mapping project is akin to the human genome project. It is an attempt at making a spatially delineated structural map of all neural cell connections within brain tissue. Each individual neuron can form thousands of links with other neurons giving a typical human brain well over 100 trillion synapses (up to 1,000 trillion, by some estimates). Currently, an extremely small portion of a mouse brain has been dimensionally mapped. With current technological limitations it is impossible to achieve a complete map in a viable timeframe, but, based on Kurzweilian exponential technological advancement predictions, we could be closer than we realize.

Don Laughlin started a casino in Nevada in the 1950’s. He is today one of the richest men in the industry. Laughlin founded a town where his casino sits today, which is aptly named Laughlin, Nevada. As a very wealthy and public cryonics figure, he is looked to as a leader in advancements in the industry that require substantial funding. He was the keynote speaker at the “End Death Conference” I attended in Laughlin, Nevada last year. There is a bronze statue of Don which greets you as you enter into the town from the direction of Las Vegas.

“Neural” refers to a type of cryonics that is head only. This is favorable with younger theorists who consider neural mapping the path towards immortality (favoring non-biological over biological immortality). This type of data-set cryonics considers the aggregation, emulation (AGI), and archeology and part of consciousness and the human experience. Older generation cryonicists look to advancements in nano-technological individualized cellular repair as a possibility for biological immortality. Timetable predictions regarding the feasibility of this vary wildly.

When sitting inside the underground house, inhabitants can enjoy a dynamic exterior atmosphere complete with time-specific lighting controls, fiberglass landscape features, and an intricately painted 360° scenic mural. These trompe-l’oeil landscape vistas were painted by a Texan artist named Jewel Smith. Jewel lived in the underground guest house during the duration of her project. She was 70 at the time of the completion of the work. She is no longer with us today. 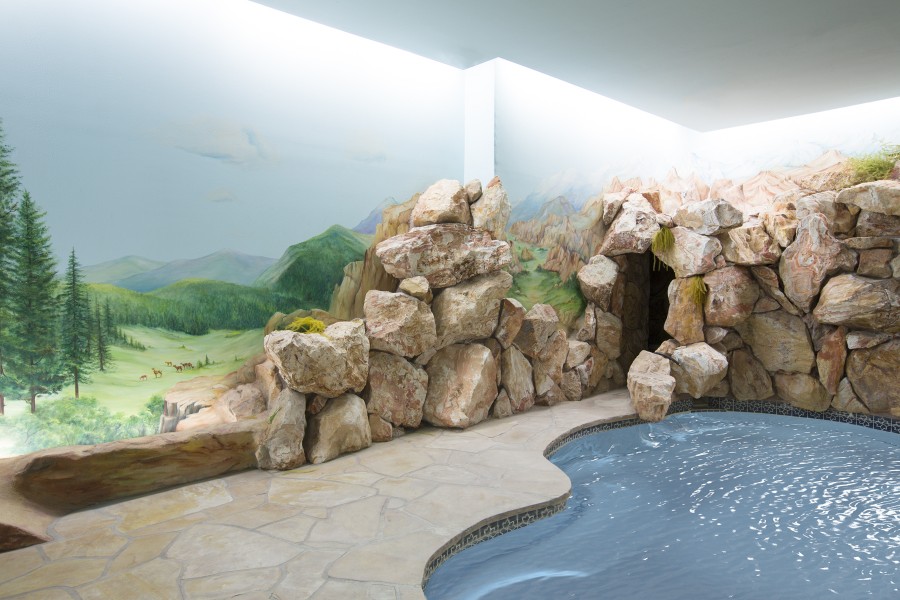