On view through Sunday, February 21st

A Flexi-Shield is a soft barrier, like a second skin, that provides protection from harmful elements. It is infused with preserved medicinal plants for the ill, heartbroken and bereaved. In some varieties, Advil Liqui-Gels are added for aches and pains, and Tic Tacs for extra freshness on the go. Light absorbent surfaces allow solar energy to infuse the garment, powering screens and keypads that can be used for a variety of purposes, from keeping a journal to bridging contact with the dead. A Flexi-Shield may be customized with the wearer’s preferred talismans, family crests and emblems. Masks of loved ones can be included for an additional cost.

Amy Brener was born in Victoria, BC and is based in Brooklyn, NY. She graduated with an MFA in Sculpture from Hunter College in 2010 and attended Skowhegan School of Painting and Sculpture in 2011. Her work has exhibited internationally at venues such as Derek Eller Gallery and Know More Games in New York, Aanant and Zoo in Berlin, and MacLaren Art Center in Ontario. Her sculptures are currently on view in Greater New York at MoMA PS1.

Moderation has never been a concern. Working with a collage mentality and feminist tendencies, Alicia often uses satire to process a grave situation. Her work is diaristic, uses double entendre, and is often topically immature. Speaking from a personal vantage point, she tries to bridge dialogue between the sexes and hopes the audience can relate. Working from her perspective seems more honest to her; in addition, it interests her more as documentation.

Thick oil paint allows for a tactile, slightly messy approach, and the tic of the hand is apparent. The text describes her thoughts while the paint handling is her voice. The work often contains a collection of artifacts and a compilation of diverse materials. She tends to gravitate toward work that emits the aura of the maker. Early graffiti has always been an influence on her work. The more direct, the better, when the graffiti is used as a means of communication and territorial dominance.

The title “Flip the Script turn the Tide” stems from one of her favorite paintings derived from a composition notebook that she collaged upon. This particular notebook, like most of her work, contains her likes, hates, and some of her fears. Many of her influences are misogynistic comedians and her favorite rappers. Instead of viewing them at face value, she sees the humor in it. In her mind, she actually flips the script. Much of her work deals with past relationships. She also attempts to turn the tide (in the words of Johnny Cash) and explains how a woman, specifically her, feels in a given situation. Her paintings are candy colored, yet accessible based on their humor, but are still somewhat aggressive with dark, humorous undertones. 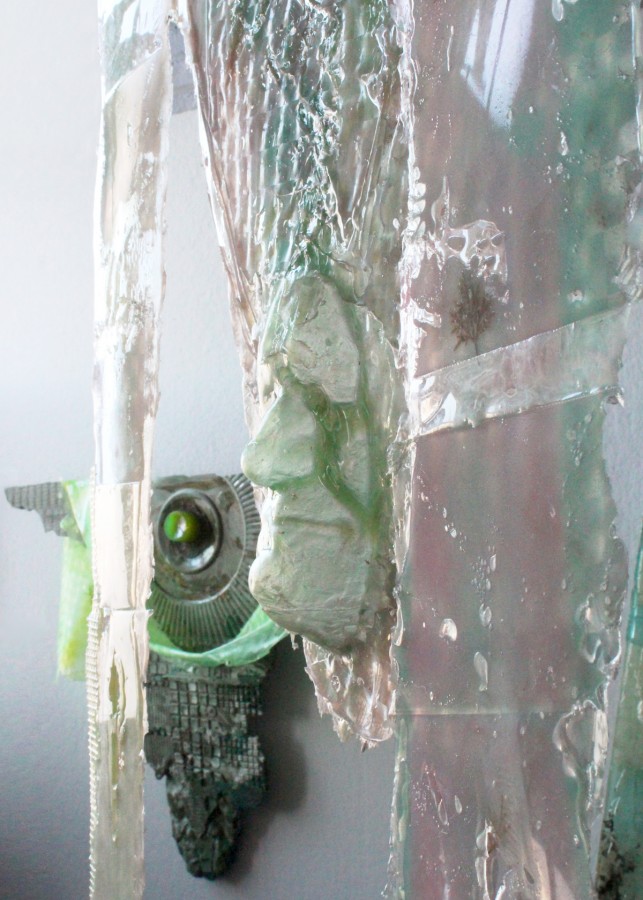