On view through Thursday, January 15th

Mother Tongue, Mother Earth, Mothership, Motherboard: Linguistically, the mother implicates notions of origin, destination, and the various materials needed for life. The mother signifies a universal landscape, but one whose source is often complicated. Sometimes the mother language is a harsh one, bending its speaker to her syntax. Sometimes the Motherboard is programmed for cruelty.

Through the exhibition Motherfield, Justin Chance and Hunter Foster adopt cultural and literary models of the cruel mother as an interlocutor in such fertile fields as painting, craft, ornament, design, and fetish. With her, the two make the objects and pictures on display in this exhibition.

Justin Chance (b. Long Island, NY) is an artist and writer based in Chicago, IL. Chance explores the politics of decoration and ornament; visual manifestations of spite, mischief, and betrayal; and the elusiveness of time, space, gesture, narrative, truth, and objectivity. His most recent work deals with the monstrous as a metaphor for post-minimalist/post-colonial/post-patiently waiting abstraction. Chance received a BA in Visual and Critical Studies and a BFA with dual emphasis in Fiber & Material Studies and Painting & Drawing from the School of the Art Institute of Chicago (SAIC).

Hunter Foster (b. Little Rock, Arkansas) is an artist based in Chicago, IL whose primary interests lie in the possibility of inhabiting the familiar and the abject with fresh eroticism and spirituality. Gesturing toward the effects of cruelty, shame, desire and devotion, he skirts a subject whose figure is fragmented and longing. Foster received a BFA with dual emphasis in Fiber & Material Studies and Painting & Drawing from the School of the Art Institute of Chicago (SAIC). 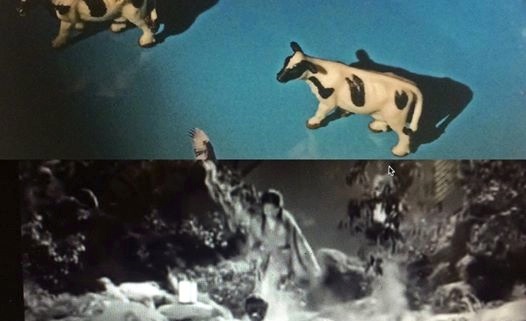