Christian Boltanski is one of France’s foremost artists whose installations challenge basic assumptions of what constitutes an artwork. Since the 1960s, he has worked with the ephemera of daily life and human experience, from obituary photographs to rusted biscuit tins, to examine the transitory nature of our life on earth. He employs lights, candles, shadows, and imagery of death in a body of work that is about memory and loss and the relation between life, death, and art. A central theme in Boltanski’s work is that every moment of our lives is transformed into a past that is as definitive as death. He is interested in the universal transience of the individual and the role of memory to conserve lived experience.

In the 1980s, the concept of “human denial” that marked the Holocaust became a key theme of his works. His perception is shaped by his Jewish descent and experiences of fear and persecution in the tragic events of European history during World War II. Boltanski says, “For me, corpses and photographs and old clothes are all symbols of absence.” He feels that by displaying relics of past times and remembrances, he can reawaken the memories of viewers. More recently, Boltanski developed the Heart Archive, a project of recording and collecting heartbeats from all over the world. The archive is permanently located on the small island of Teshima in Japan.

Boltanski has participated in Documenta V (1972), VI (1977), and VIII (1987) as well as the 54th (2011) and 56th (2015) Venice Biennales. He has had major exhibitions at the Centre Pompidou, Paris; New Museum, New York; Museum of Contemporary Art, Chicago; Museum of Contemporary Art, Los Angeles; Kunstmuseum Wolfsburg, Germany; and the Park Avenue Armory, New York, among others. He has been the recipient of numerous distinguished awards, including the Generalitat Valenciana’s International Julio González Prize 2014.

Presented in partnership with the Museum of Contemporary Photography at Columbia College Chicago.

Tags: Christian Boltanski, School of the Art Institute of Chicago 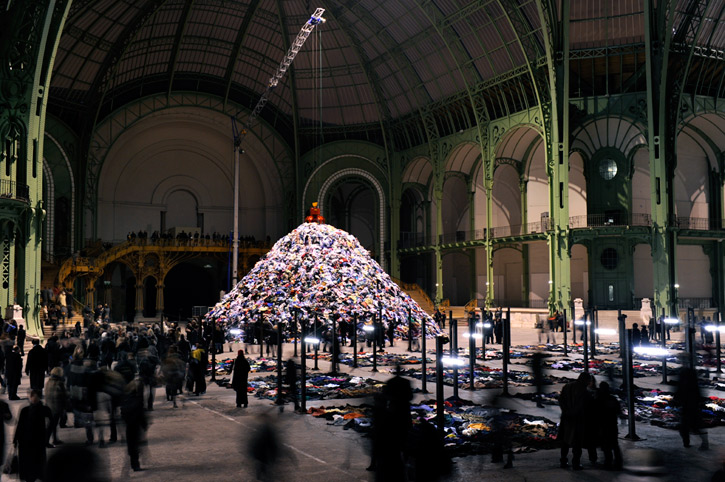