On view through Monday, November 30th

In April, 2015, Post-Nature, Tele-Ecologies opened at the former ACRE Projects gallery on 17th St. in Pilsen. In the first of this two-parter, Emily Belknap, Jon Chambers, Chaz Evans, Devin Mawdsley, and Lee Hunter exhibited together united by their shared techno-environmental concerns.

Much can be learned in a second glance. Now, these artists have been invited to show together again in an exhibition that, as a second telling, proposes a series of ongoing continuities between these distinct practices. It looks for the bridges between their creative approaches and teases out a range of overlapping themes: cybernetics, resource anxiety, the real and virtual landscape. In Tele Nature, Post Ecologies, recurrence drives connectivity.

The exhibition comprises new work in sculpture, video, net art, painting, and interactive software. In addition to this new work, pieces that were exhibited in the first iteration are included, not only linking the two exhibitions, but reflecting on the relationships between them. Stories change each time they are told; details are forgotten, exploits are exaggerated. In this retelling, new works, concepts and collaborations are incorporated while the center tries to hold.

EMILY BELKNAP examines boundaries in landscape using an interdisciplinary approach that includes drawing, sculpture and installation. In 2014 Belknap earned the Mary Nohl Fellowship award, granted by the Greater Milwaukee Foundation. Belknap received her MFA from the University of Wisconsin-Madison in 2013, where she earned the Chazen Prize for an Outstanding MFA candidate. She received a BFA from the Milwaukee Institute of Art and Design in 2007. Her exhibition history includes solo exhibitions at the Chazen Museum of Art in Madison in 2013, the Sharon Lynn Wilson Center in Brookfield in 2010 and the Museum of Wisconsin Art in West Bend in 2009, as well as group exhibitions throughout the Milwaukee, Madison and Chicago area. Her Mary Nohl Fellowship exhibition is currently on display at the Inova Gallery in Milwaukee, WI until January 2016.

More information about Emily Belknap can be found at http://www.emilysbelknap.com

JON CHAMBERS is an artist and educator based in Chicago. He received an MFA in New Media Art from the University of Illinois at Chicago in 2012 and currently teaches at the School of the Art Institute of Chicago. Chambers produces art using technological objects, software and networked interfaces while aestheticizing experiences of saturation, obsessions and contradictions that emerge from our relationships with these technologies. His work often deals with playful or humorous themes. He has shown nationally and internationally, in screening venues, galleries and online.

More information about Jon Chambers can be found at http://jonchambersart.com

CHAZ EVANS is an artist, art historian, educator and curator based in Chicago. His work deals with software, performance and histories of art and technology. His work has been exhibited at such venues as ACRE Projects, Hyde Park Art Center, Evanston Art Center and Chicago Artists’ Coalition. His writing has been published by Routledge, Journal of Games Criticism and the A.V. Club. He teaches courses on creative programming, web art and games. He holds an MA in art history and an MFA in new media art from University of Illinois at Chicago. He is a Lecturer in the Department of Radio/TV/Film at Northwestern University and Director of Exhibitions and Programs of Video Game Art (VGA) Gallery.

More information about Chaz Evans can be found at http://chazevans.net

DEVIN MAWDSLEY is an artist and educator living and working in Chicago. Devin is a multimedia artist with strong roots in drawing and painting. His work is informed by his upbringing in airports and planes, as a “third culture kid” raised in several different countries during the roaring 90s, in none of which he can claim to be a native son. He received his BA in Chinese at the College of William and Mary and his MFA in Studio Painting at the Hope School of Fine Arts, Indiana University. He teaches Fundamental Drawing and Drawing 2 at The Chicago High School for the Arts, as well as a Collage course at the Evanston Art Center.

More information about Devin Mawdsley can be found at http://www.devinmawdsley.com

LEE HUNTER is a multi-disciplinary artist working with photography, sculpture, and video. Her practice combines personal experience and research to ask questions about the construction of space and the varieties of perception. Her work has been exhibited in national and international galleries and artist run spaces. She has received support to attend artist in residence programs at The Vermont Studio Center, I-Park Foundation and The Luminary. Hunter received her BS from Portland State University and her MFA from the San Francisco Art Institute in 2012. She lives and works in New York, NY.

More information about Lee Hunter can be found at http://leehunter.org

SAM LA STRAPES is a musician and interdisciplinary artist working with sound and video. His practice utilizes models of cybernetics and generative synthesis to explore modes of creation, observation and interaction. He is receiving his BFA from the University of Wisconsin-Milwaukee this fall. Sam lives and works in Milwaukee, Wisconsin.

RAVEN FALQUEZ MUNSELL is a curator, writer and arts administrator based in Chicago. She co-directs the mobile exhibition space and artist bumper sticker project TRUNK SHOW and creates exhibitions independently, institutionally and with Third Object, a collaborative curatorial group she co-founded. She earned dual M.A. in Art History and Arts Administration from the School of the Art Institute of Chicago in 2014. 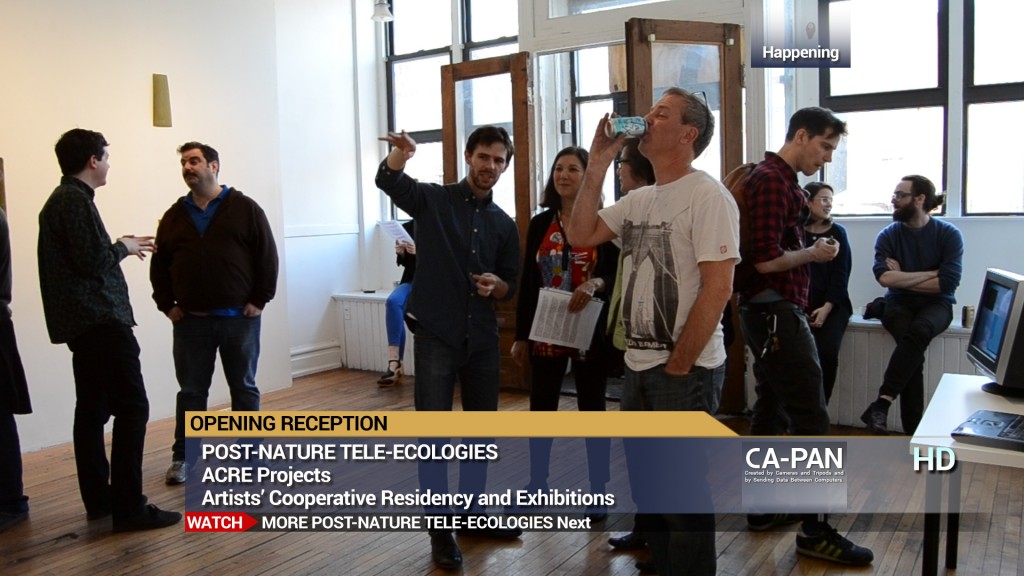