Let us Celebrate While Youth Lingers and Ideas Flow

On view through Sunday, December 20th

The Renaissance Society presents Let Us Celebrate While Youth Lingers and Ideas Flow, an exhibition of archival materials and artworks from the museum’s remarkable 100-year history. The display is distributed across four locations on the campus of the University of Chicago, including two of the institution’s previous sites. Founded in 1915 at the University of Chicago to “contribute to the cultivation of the arts and the enrichment of the life of the community,” the museum has no permanent art collection, offering a regular program of exhibitions accompanied by lectures, concerts, readings, screenings, and publications.

Let Us Celebrate… is named for a 1975 sculpture by artist Ree Morton included in her 1981 Renaissance Society exhibition. Curated by Jordan Stein, the presentation pits joyous optimism against the weight of history, considering how long youth lingers and how the institution serves as a conduit for the flow of ideas. The exhibition aims to not only present the past, but also new ideas about the nature of the archive and the plasticity of the ever-evolving present moment.

The exhibition tells the story of the Renaissance Society’s first century through primary source materials, including photographs, notes, sketches, exhibition cards, posters, books, faxes, and more. A number of these documents are on loan from the Smithsonian’s Archives of American Art, which hosts the Renaissance Society’s archives from 1915 to 1965, and the Special Collections Research Center at the University of Chicago.

These artifacts are complemented by a number of artworks from the institution’s recent past, selected for their relationships to time, history, memory, organization, and the construction of context. They do not constitute a “group show,” but rather serve as punctuation for the artifacts presented. Participating artists include Michel Auder, Julia Fish, Gaylen Gerber, Felix Gonzalez-Torres, Rodney Graham, Miyoko Ito, Helen Mirra, William Pope.L, and Yutaka Sone.

The Gray Center Lab in historic Midway Studios, the former studio of celebrated sculptor Laredo Taft, is the central location of the exhibition. Taft hosted early Renaissance Society members in a 1917 visit, and today his large wooden worktables are used to present historical materials. Surrounding these are artworks that include a painting by Miyoko Ito (who had a solo Renaissance Society exhibition in 1980), a moving image work by Michel Auder (solo exhibition, 2002), and an installation by Gaylen Gerber (solo exhibition, 1992). Visitors are also invited peruse a library of the museum’s publications as they drink tea—a nod to refreshments served at early Renaissance Society receptions.

Wieboldt Hall was the Renaissance Society’s first dedicated exhibition space, from 1930 to 1938, and is currently the offices of the Department of Romance Language and Literature. Goodspeed Hall (now used by the Department of Music) hosted the museum from 1938 until 1979, during which time artists including Marc Chagall, Diego Rivera, Eva Hesse, Robert Smithson, and Lawrence Weiner exhibited there. As part of Let Us Celebrate…these sites host small presentations of documents related to their history. Likewise, the current site of the Renaissance Society, on the fourth floor of Cobb Hall, offers a glimpse of the past as part of artist Raymond Pettibon’s 1998 baseball-themed hallway mural is revealed from behind the drywall. Distributed across these three spaces are light blue candies from Felix Gonzales-Torres’s 1991 work, “Untitled” (Revenge), the centerpiece of his 1994 Renaissance Society exhibition, Traveling.

This four-part presentation is accompanied by a series of related events, all of which are free and open to the public:

Screening: Toggle Variable Speed
Fri Dec 11, 7pm, Logan Center for the Arts
A program of moving image work that has been presented during the Renaissance Society’s history, including the performance of a newly commissioned score for Fernand Léger’s Ballet Méchanique by Brooklyn-based duo Blondes

The Renaissance Society at the University of Chicago is committed to supporting ambitious artistic experimentation, primarily through the commissioning of new works, and to fostering rigorous, interdisciplinary discourse. In addition to the exhibition program, this independent, non-collecting museum hosts lectures, concerts, performances, screenings, and readings, and regularly publishes catalogues and artist books, which are distributed widely.

All of the Renaissance Society’s exhibitions and events are free and open to the public. The gallery is open during exhibitions Tuesday to Friday, 10am-5pm; Saturday and Sunday, 12-5pm; closed Monday.

The Renaissance Society turns 100 years old this year and celebrates with a special Centennial program of exhibitions and events from September 2015 to January 2016, including exhibitions by Irena Haiduk, Wadada Leo Smith, and Paul McCarthy; a symposium addressing the role of the contemporary art institution; public programs on Gertrude Stein, visual arts on Chicago’s South Side, and more; and a significant new publication covering the Renaissance Society’s first century. 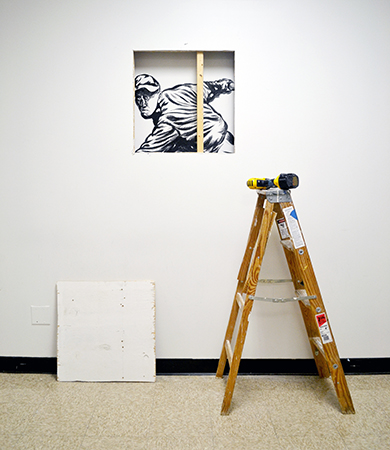