Please join us on November 21st, 2015, starting at 11:30am for an event activating THE FRANKLIN‘s (Edra Soto and Dan Sullivan) functional artwork DOMINODOMINO included in the exhibition The Great Good Place by Brandon Alvendia.

For DOMINODOMINO at Threewalls, a group of Chicago artists have been selected by curator & collector Scott Hunter and THE FRANKLIN, and invited to participate in a unique domino tournament using their artworks as wagers. Artists were asked to contribute work of less than $100 which will be on display for the duration of the exhibition. For the tournament at Threewalls, we will begin with a brief presentation by THE FRANKLIN on the lore of the table as well as an orientation on the rules of the game, artists (or individuals playing on their behalf – members of the audience will be asked to join if no proxy has been established) will be matched up for THE FRANKLIN‘s preferred version of dominoes called Fives.

The winner of each match will be awarded the other three players artworks (whoever ends up playing, only artists who donate can be awarded the works). At the close of the exhibition on December 12, the artworks will be distributed accordingly. Games take approximately 30 minutes and will continue until all artworks are wagered.

During the run of the exhibition open hours, visitors will be able to check out the custom domino set, created by Edra Soto and Dan Sullivan, for use in the gallery. 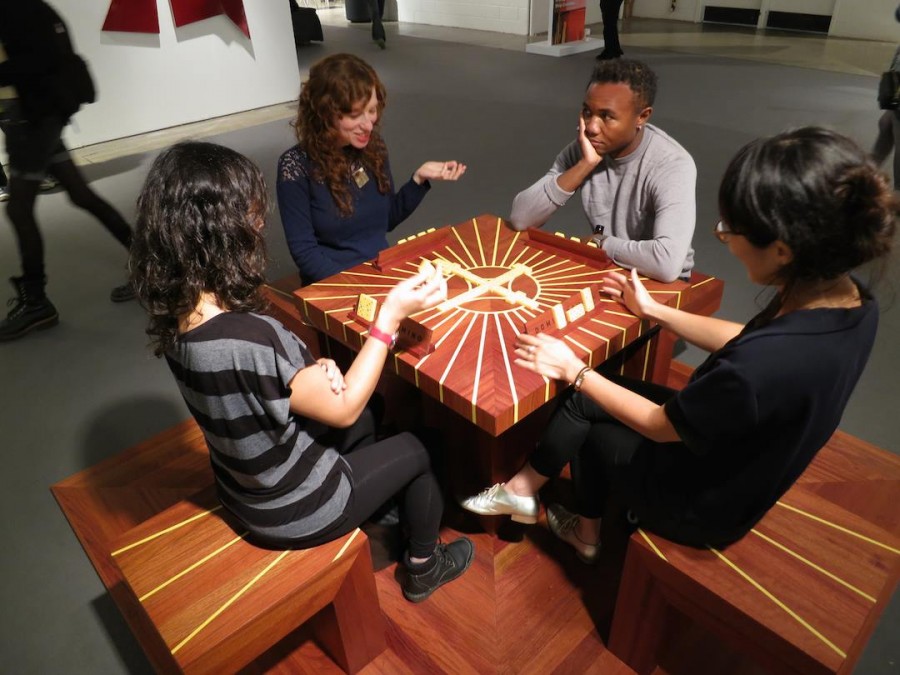