Amy Yoes: Structurals and Sightlines & Christopher Michlig: To Everyone.

On view through Saturday, December 12th

Amy Yoes grew up in Houston, Texas and has lived in Chicago, San Francisco and, since 1998, in New York City. She works in a multifaceted way, alternately employing installation, photography, video, painting, and sculpture. An interest in decorative language and architectural space permeates all her work. She responds to formal topologies of ornament and style that have reverberated through time, informing our mutually constructed visual and cultural memory. The Structurals is a collection of black-and-white mixed media collages. Synthesizing unhinged fragments, print marginalia and assorted residua from stamping processes, they continue Yoes’ longtime exploration of style as subject. The works stretch across uninterrupted sequences that refer to cinematic possibilities. A stop-motion animation video, Sightlines, featuring wood-and-cardboard sculptures and visual echoes from the collages, pushes the Structurals universe into the realms of sound and motion. She has shown her work extensively nationally and internationally.

Christopher Michlig’s synthetic compositions and forms are the result of a series of head-on collisions between three-dimensional plotting and two-dimensional restraint. Working as though in an intergenerational collaboration, Michlig operates on the constructivist notion that freedom can be attained only after ideas about the organization of solids have been completely smashed. His work has been exhibited internationally, most recently in solo exhibitions at Marine Contemporary, Los Angeles; VOLTA 8, Basel, Switzerland; Galleria Giuseppe Pero, Milan; and devening projects + editions, Chicago. His work has been featured and reviewed in a number of publications. Michlig received an MFA in Sculpture from Art Center College of Design in Pasadena, California in 2007.

With the exhibition, Christopher Michlig will debut Processed World, a new publication featuring over 200 Riso prints in a custom-made folio. 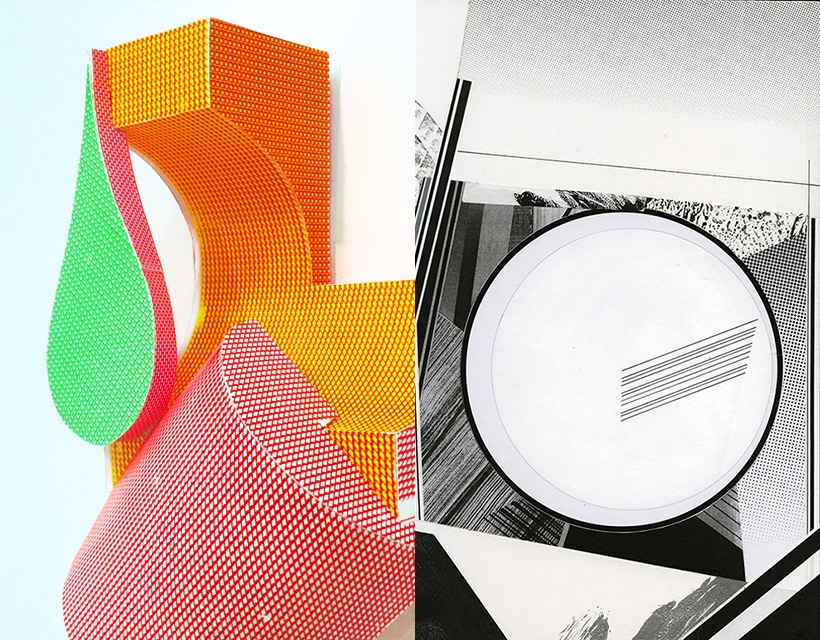