Based in Cologne, Germany, Grünfeld has been an enigmatic, lurking presence on the European contemporary art scene since emerging in the 1980s. His sculptural and wall-hanging works approach the uncanny from the place where perversity meets sleekness, occupying the leather-worn spot where surrealism collides with modernist design. A series of upholstered objects, for instance, may reasonably be mistaken for mid-century furniture, but upon closer inspection they have been twisted out of their functionality into something strange and unfamiliar. In a long running series of felt paintings and room-dividing screens, Grünfeld deals with the challenge of image-making, swatches of pure color at once resolutely abstract and at the same time hinting at or more directly conjuring a represented object. Other wall-hanging works include the “egg” pieces, which are flat oval pieces that have been dotted with prosthetic eyes. Perhaps his best known works are what he calls the “misfits,” taxidermied animal parts that have been recombined to make a new beast, plausible but impossible. In Almanac, CvsD presents a range of Grünfeld’s works, including egg, felt, screen, upholstery, and a misfit that combines a nutria, donkey, and swan. The exhibition is accompanied by an accordion fold booklet in the style of Italian barbershop magazines, replete with a calendar.

In the East Wing, CvsD unveils a group of new drawings by Hedwig Eberle. This is Eberle’s second exhibition with the gallery. Loosening the portrait format of her beautiful, brutal little paintings, these ink and watercolor works on paper are by turns violently expressionistic and more measured, deep with saturated color or open and black and white, featuring clusters of decisive marks that might bring to mind Henri Michaux or Joan Mitchell. 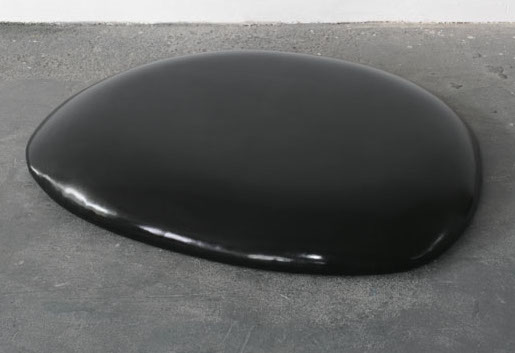