On view through Saturday, October 17th

Miller & Shellabarger open the 2015 fall art season for Western Exhibitions with a solo show of recent work that continues their explorations into physicality, duality, time and romantic ideals. Their collaborative work – performance, photography, artists books, sculpture and cut paper silhouettes – documents the rhythms of human relationships, speaking both to common experiences of intimacy as well as the specifics of queer identities. The show will open September 12th, with a free public reception from 5 to 8pm, and runs through October 17th. Gallery hours are Tuesday through Saturday, 11am to 6pm.

Continually redefining the physical and psychological space that their intertwined bodies occupy, Miller & Shellabarger have been working with the silhouette for ten years. The project started with one artist tracing the other’s profile, cutting it out, and compiling the portraits into oversized artist books. In time, the silhouettes became increasingly complex, moving off the page and morphing into garlands and veils of patterned silhouetted bodies strung across space. Greeting viewers in this exhibition will be their largest veils to date, a suspended mass of contorting bodies reminiscent of a Japanese shoji screen or Victorian lace curtains, dividing but not obscuring the gallery space.

Surrounding the veils will be two new series of photographs. The first series involves in situ magic-eraser-drawings of the artists’ intertwined initials, “S&M.” Miller & Shellabarger made a stencil of this cypher and overlaid it atop resonant spaces in their shared home – their desk, the kitchen, the wall that abuts their bed – and erased through the stencil the accumulation of their daily life (dust, dirt, etc), imprinting the monogram into their shared existence. This is an ongoing trope in their work, the turning of domestic actions onto themselves – in this case, cleaning – to intervene in their own physical traces.

Another new photo series explores the physics phenomenon of “spooky distant action,” in which images of each artist twirling in space with lit sparklers at dusk are overlaid atop one another, akin to a multiple exposure photograph. Mimicking the entanglement of two particles (even at great distance), the artists’ bodies whirl in tandem, creating a particle trace of their two mirrored selves.

In Gallery 2, the artists present a row of handkerchiefs embroidered with plucked strands of their beard hairs. The embroidered images stem both from the artists’ own personal symbology and from fraternal organizations like the Elks, the Oddfellows, the Shriners and the Boy Scouts of America. Additional projects in the show include the latest volume in the artists’ silhouette books, two new black-on-black cutouts featuring a web of tangling limbs and a series of microbead silhouette prints.

Miller & Shellabarger will also be presenting their ongoing performance (since 2003) Untitled (Pink Tube) at Western Exhibitions during gallery hours on September 19th, on the occasion of EXPO Chicago. In this non-theatrical, durational piece, they simultaneously crochet at opposite ends of a long tube of pink acrylic yarn, a metaphorically-loaded object that both unites and separates them. They’ll be debuting a new photograph of the crocheting performance in this show, an image taken of them performing at the site of their 2014 wedding in Palmer Square Park in Chicago.

Miller & Shellabarger have had solo shows at the Museum of Contemporary Art Chicago; the Chicago Cultural Center, INOVA in Milwaukee, the University Galleries at Illinois State University, and Gallery Diet in Miami. Their work has been included in group shows at Diverseworks in Houston, the Institute for Contemporary Art in Portland, ME and they have performed at the Time-Based Arts Festival in Portland, Oregon; Hub 14 in Toronto; the Hyde Park Art Center; and the Suburban in Oak Park, Illinois. Miller & Shellabarger are a 2008 recipient of an Artadia Chicago award and a 2007 recipient of a Louis Comfort Tiffany Foundation award. Their work is in the collections of the Art Institute of Chicago, the Nerman Museum of Contemporary Art, the Newark Public Library, Indiana University Art Museum and the National Gallery of Canada. Dutes Miller and Stan Shellabarger also maintain separate artistic practices. They live and work in Chicago. 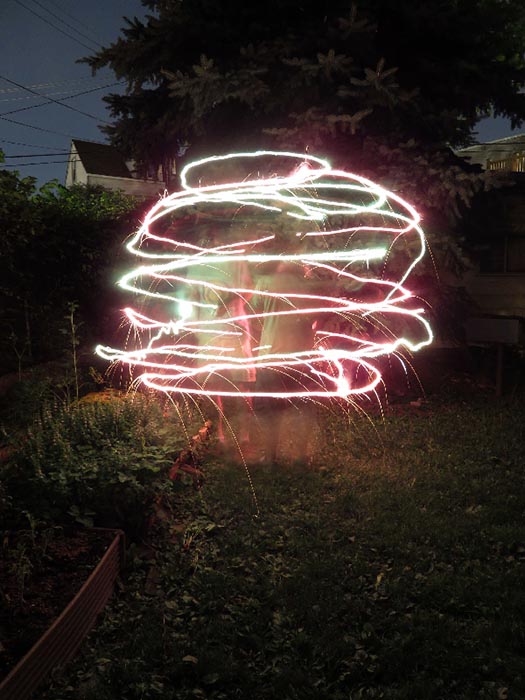