What lies within the frame? Art’s oldest subject, the landscape, shifts under the weight of new technological processes. Lived Landscape presents a collection of short video pieces that attempt to push, reframe, preserve, and regulate composition within a horizontal canvas. Using moving image as a means to juxtapose illustrations and illusions these films attempt to orient themselves within an progressively mediated environment.

Monte Bettogli, Carrara: in the marble quarries men and machines dig the mountain. “Il Capo” (The Chief) manages, coordinates and guides quarrymen and heavy-duty machines using a language consisting solely of gestures and signs. Conducting his dangerous and sublime orchestra against the backdrop of the sheerslopes and peaks of the Apuane Alps, the Chief works in total noise, which create a paradoxical silence.

Where is there to belong to? To not feel strange? To not ask permission? Ground. Home. A familiar land.

Une Terre familière is structured as a series of long-take vignettes, each centered around a site purposing a collision of nature and artifice. Within highly manicured environments, these sites attempt to imitate natural processes and un-peopled ecosystems and to preserve and manage elements of nature. The figures in Une Terre familière struggle to do their best with what they have- to find their own sun at the tanning salon, their own clouds in the steam room- to improve, to connect, to find “home” in the world.

This six minuet video juxtaposes the visual and aural similarities between BBC’s Planet Earth and the Lord of the Rings Trilogy.

The film is attempting to re-evaluate the socio-cultural concept of ‘the picturesque’ through challenging both accepted narratives and associated visual representations.
Picturesque follows Mr. Nelu a 75 year-old tourist guide and magazine freelance writer for “The Picturesque Romania”. During the making of the film, Mr. Nelu and the film crew traveled through deserted villages, mines and factories in the Apuseni Mountains, Transylvania.

Essentially, Mr. Nelu is asked to comment upon his relationship with the word “picturesque” while the image-makers struggle to find the “right image”. As a consequence of the camera’s wandering eye, the film captures lush, desolate, austere landscapes that may perform less as bucolic pastures and more as the empty fields between utopias.

Picturesque is seeking to raise issues of how tourism contributes to, and perpetuates, the perception of the world as an idyllic, extraordinary, safe, clean and uniform place. The world is offered as a depoliticized zone, experienced at a safe distance and easily consumable; consequently removing uncertainty, chaos and conflict.

Still Raining, Still Dreaming repurposes the virtual world of the controversial “Grand Theft Auto” video game series, with its imperatives to random violence and crime, transforming Liberty City, the fictitious metropolis based on New York City in which the game is set, into a reflective space of stillness: depopulated of players, full of melancholy, longing, and moments of compelling poetic beauty.

The Grand Theft Auto works mark an interesting departure for Solomon, a filmmaker best known for his large body of optically printed, densely textured films. However, the works in this series of machinima (a term used to designate videos which are created using real-time computer graphics engines, most commonly video games) achieve similarly haunting effects. Using “cheat codes” and exploiting the “open world” environment of Grand Theft Auto’s game design, Solomon’s lens, often dappled with virtual rain, lingers on the surreal shop fronts, vacant parks, and abandoned basements of Liberty City. In this simulacrum, Solomon’s work suggests, the “ghost in the machine” is our own.

ABOUT RUN OF LIFE
Now in its second year, the Run of Life Experimental Documentary Series strives to pair recent experimental documentary features with short nonfiction works across any number of mediums – performance, video short, interactive presentation, audio doc, etc. At each program, a post screening Q&A will be moderated by local experts engaged in the movie’s subject matter, or an artist affiliated in the making of the work.

Co-curated by Nightingale Cinema’s Christy LeMaster, Jenny Miller, Jillian Hansen-Lewis, and Kartemquin Film’s Beckie Stocchetti, RUN OF LIFE experimental documentary and expanded media event is held at Constellation Chicago every third Monday of the month. Beckie and Christy began the series in September of 2014 to provide an exhibition space in Chicago for experimental documentaries, to help expose more people to this work, and to increase excitement and support for the genre.

RUN OF LIFE seeks to create a space for audiences in Chicago to explore and converse about this important and often under-recognized form of media making: 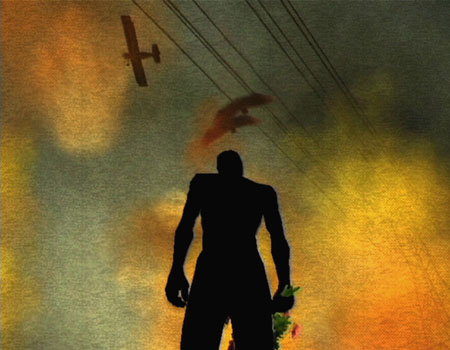