On view through Saturday, July 18th

Western Exhibition is thrilled to present ten elaborate and intense gouache-and-ink drawings in Edie Fake’s first solo show, titled “Grey Area”, since moving to Los Angeles in 2014. The show opens during Chicago’s Pride weekend on Friday, June 19, with a free public reception from 5 to 8pm and runs through July 18. Gallery hours are Tuesday through Saturday, 11am to 6pm.

Edie Fake’s work grapples with the manifestation and meaning of queer space. His drawings use architectural elements as visual metaphors for the ways in which definition and validation elude trans* identities. These structures come together to map what Fake considers to be a liminal landscape of self-definition. The imagery depicted (stages, parade floats, art deco buildings) combines and conflates parts of Fake’s family history with aspects of queer history, reaching towards a personal, psychic geography of transpeople in society. He states: “It’s a lot of serious stuff, but also not without an ecstatic aspect, even to its more sinister or confounding moments.”

“Just A Stage” dramatically pairs its title, the dismissal of agency and legitimacy, with an elaborate, shape-shifting theater- a space drawn around temporal, transitional and transitory states of being. Similarly, the drawings “Sugar In The Tank” and “The Friends Of Dorothy” turn obscure queer euphemisms into unruly parade floats which contort and confuse visual and linguistic perspectives.“The Blood Bank” is a site of family conflict and sadness that simultaneously references the civic panic that shuttered bath houses at the dawn of the AIDS crisis. “Gender Changer”, a drawing of an imposing black-and-gold building, is constructed around two shafts of windows in multicolored window frames. The two columns of windows, supported by an blocky, unmovable edifice tease out the limitations of a male-female binary. Similarly, “The Fitting Room” depicts a structure of mirrors that folds back into itself, rooted in the intangibility of identity.

Fake’s drawings from 2010 to 2013, recently collected in Memory Palaces, a monograph by Secret Acres, depicted building facades that reimagined queer and feminist spaces from Chicago’s past. On Bad At Sports in January 2013, writer and curator Danny Orendorff wrote about this body of work: “…the collection of building facades Fake depicts – described as a neighborhood – can only be psychically located between utopian fantasy and interpretive research. Doing so foregrounds how the imagination and it’s shadow, desire, propels individual or collective searches for heritage, lineage, and belonging…Comprehension of these disappeared, criminalized spaces and services entails not simply an intellectual recognition, but something much more sensorial and perhaps even spiritual when translated through the prismatic hallucinations offered by Fake.”

Edie Fake’s drawings, comics books and publications have been written about it in artforum, The Chicago Reader, The Comics Journal, Art 21, The Guardian, Hyperallergic and the Los Angeles Review of Books. He was one of the first recipients of Printed Matter’s Awards for Artists and his collection of comics, Gaylord Phoenix, won the 2011 Ignatz Award for Outstanding Graphic Novel. His work has been exhibited nationally and internationally, including group shows at MASS Gallery in Austin, John Connelly Presents in NYC, the Nikolaj Museum in Copenhagen, LACE in Los Angeles, and threewalls in Chicago. Edie Fake was born in Chicagoland in 1980 and received a BFA from the Rhode Island School of Design in 2002. Fake recently dropped out of the Roski School of Art and Design at the University of Southern California and he currently lives and works in Los Angeles.

In Gallery 2 at Western Exhibitions
The Gay Mafia is Real

For the The Gay Mafia is Real, gallery owner and straight bear Scott Speh has invited LGBTQ artists on Western Exhibitions’ roster to exhibit their own works alongside artists of their choosing. This group show will be presented in Western Exhibition’s Gallery 2, alongside Edie Fake’s solo show in Gallery 1, both opening during Chicago’s Pride weekend. Art historian David Getsy will contribute an essay to the exhibition expanding on an interview in Chicago Magazine (1) published around the time of the 2014 Whitney Biennial, in which he was asked if a Gay Mafia exists in the art world. Both shows open with a public reception on Friday, June 19 from 5 to 8pm, and will run through July 18, 2015. Gallery hours are Tuesday to Saturday, 11am to 6pm. Future events, performances and poetry readings, attendant to this show will be posted here and on the gallery’s social media platforms (Facebook | Twitter | Instagram).

Coinciding with Chicago Pride, this game of curatorial tag puts into play the elective affinities and voluntary affiliations amongst artists whose gender and sexuality inform their work, explicitly or in less obvious ways. Although money and media often get credited as the glue of the art world, the contention of this show is that friendship and intellectual (and sometimes sexual) intercourse provides another framework for thinking about how art actually gets made. If the project room were twice as big, the show would map an even larger branching star of friends and lovers hot on the heels of a sexed up, gregarious, sometimes drunk and combative art. The Gay Mafia is not actually real. What does exist, however, are overlapping social worlds of artists, queer identified or not, having heated conversations with one another that eventuate in pictures, objects, actions and essays. 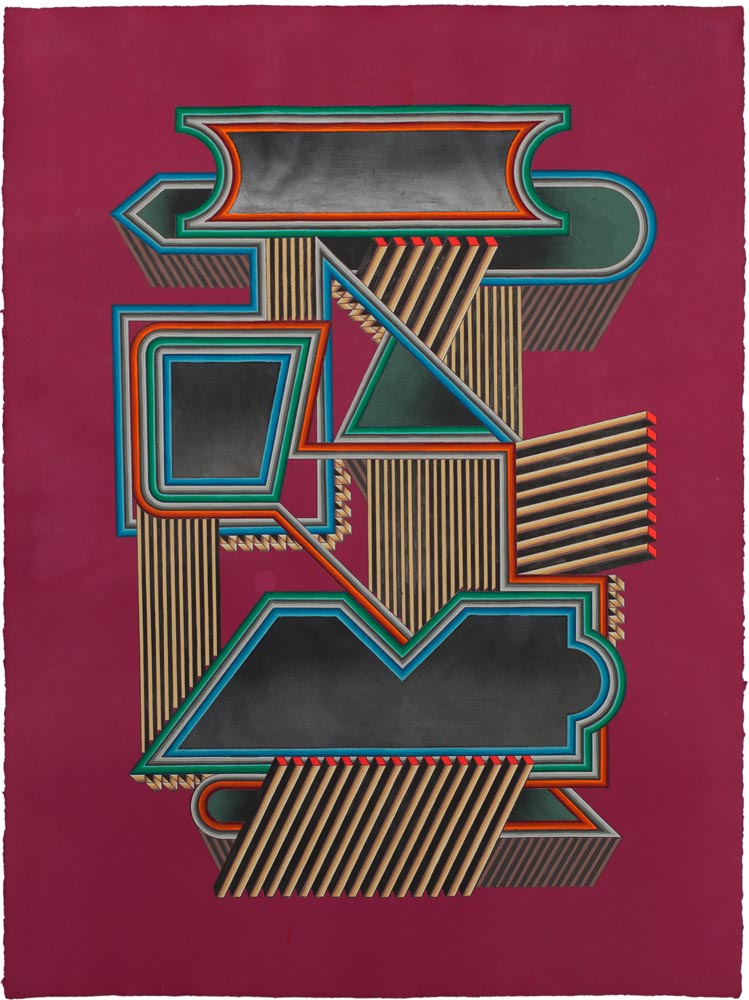