Citizen media, bench-warming televangelists, alderpeople and alternapeople, broadcasts of the underheard—cable access and its dedicated amateur practitioners speak to the utopian potentials of television. Borrowing Brakhage’s insistence that it is “love” from which “amateur” arises, both as words and as modes of becoming, the denizens of the cable access spectrum bring a sense of restless possibility to the box. Since its advent, this new media has attracted artists for both its constraints and its liberty. The artist’s studio gets an audience. Television is what’s on, so be on it.

Our old friend George Kuchar plays himself and with being a guest. Christine Lucy Latimer finds demonic overtones in channel scrolls. ESP TV debuts the show they filmed before a live Chicago audience a month before. Michael Smith finds himself—or someone like him—on television. Mothergirl hosts a talk show, if the guests ever arrive.

ABOUT LIVE TO TAPE
Links Hall is proud to present Live to Tape Artist Television Festival, a week-long celebration of artist television performances and screenings curated by Jesse Malmed. From May 18th to 24th, the festival will showcase video and performance works by more than sixty artists—spanning four decades—that take television as object, as concept, as antagonist, as material, as form, as inspiration. Some of the most exciting artists working on the edges of broadcast, video art, comedy and performance are brought together for a week of wild and wonky televisionary delights, offering a glimpse into the futures and pasts of artist television. 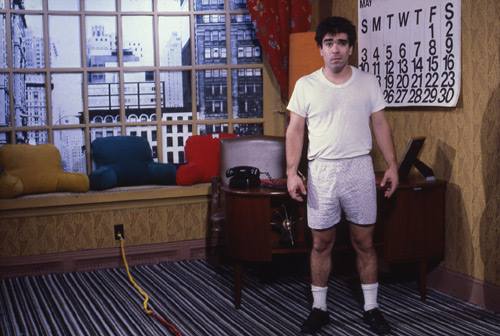