Sports remains America’s favourite sport. We’re here to watch games, to watch our affiliations, to watch the unending machinations of humans in intractable situations, trying to be the best and bounce within and against a series of rules. Sure, games are a metaphor but so’s everything.

ABOUT
Links Hall is proud to present Live to Tape Artist Television Festival, a week-long celebration of artist television performances and screenings curated by Jesse Malmed. From May 18th to 24th, the festival will showcase video and performance works by more than sixty artists—spanning four decades—that take television as object, as concept, as antagonist, as material, as form, as inspiration. Some of the most exciting artists working on the edges of broadcast, video art, comedy and performance are brought together for a week of wild and wonky televisionary delights, offering a glimpse into the futures and pasts of artist television. 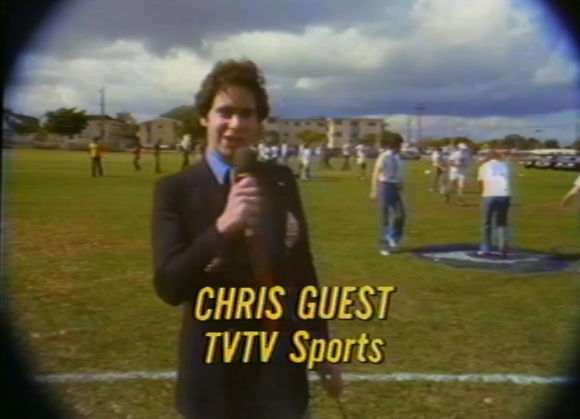