On view through Sunday, August 23rd

Cosmosis investigates how the cosmos and the scientific fields of physics and cosmology continue to inspire artistic production, exerting great influence on our understanding of the universe and our place therein.

The exhibition brings together a group of artists whose interest in the cultural significance of the cosmos leads in multiple directions, intersecting with the fields of aesthetics, anthropology, philosophy, and others grounded in different art-making strategies and material explorations. After all, scientific developments and breakthroughs inevitably have great cultural relevance and ramifications, often contributing to our sense of identity and role both as individuals and collectively within society. As is often the case: to look outward and beyond is also to look inward.

The exhibition grows forth from two observations: first, the current moment of space exploration and scientific discovery is unparalleled in history, and thus continues to greatly influence and shape contemporary culture; and second, that many artists working today, particularly in Chicago, are actively interpreting and reinterpreting the cultural significance of these developments. Taking cue from well-known physicist and cultural icon Carl Sagan, the exhibition also intends to create a space for open discussion and access to the ideas and methodologies contained therein, both artistic and scientific. As Sagan has suggested, “The cosmos is within us. We are made of star-stuff. We are a way for the universe to know itself.”

Curated by Steven L. Bridges and produced in collaboration with Lydia Gordon, Matthew Mehlan, Emily Owen, Grace Sheehan, and Ian Gabriel Wilson, this exhibition was made possible by and presented in partnership with the Contemporary Art Council. 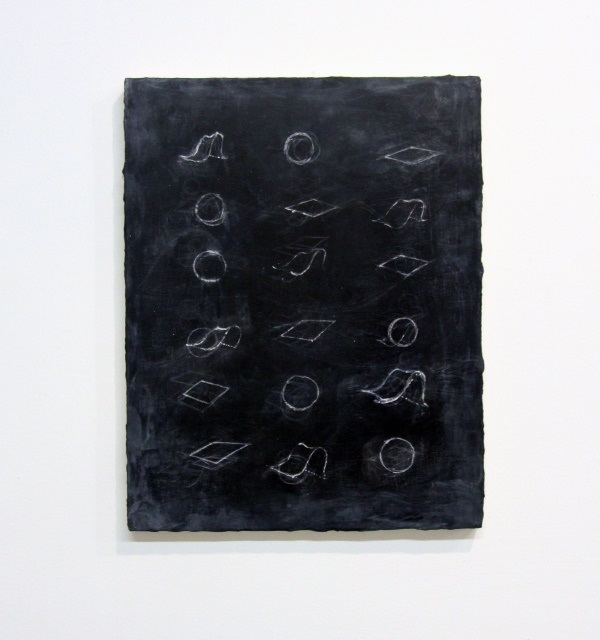