On view through Wednesday, April 1st

The Invisible Scar is a study that examines the manifestations of cyberbullying and teen depression. Cyberbullying happens when people use electronic technology to harass, threaten or embarrass each other. It is even worse than the traditional schoolyard bullying since it can occur seven days a week at any hour. By using search engines, the artist found many teens that committed suicide due to endless bullying messages they received via emails and social networking sites. Each QR code corresponds to one single victim, and the texts behind the QR codes are actual messages and comments the artist found online that relate to the death of the teens. The installation is a memorial to seven of these young victims. By interacting with The Invisible Scar, the viewer turns into an experimenter, observing and feeling the actual impact that cyberbullying has on individuals.

Josi Pei (born 1991, Chinese) left her home country alone when she was 16. She creates mainly photo and time-based media works about memory, displacement, loss and death that can occur in physical and virtual worlds. She is interested in landscape both as a space for living and as a place with specific values and hidden stories that contribute to people’s memory and self-identity. She is achieving her BFA with emphasis in photography from the School of the Art Institute of Chicago. 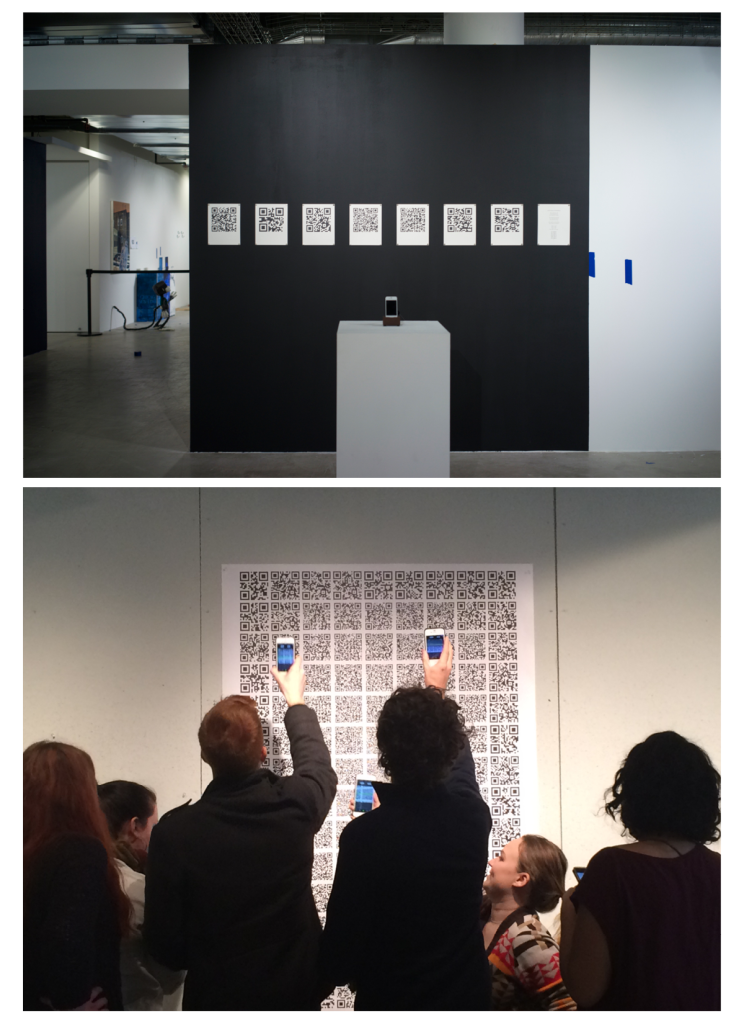