On view through Saturday, February 28th

Meg Duguid is making a movie, the Agee screenplay written for Charlie Chaplin near the end of Chaplin’s career and life. The plot was conceived during a time when the bomb seemed a pragmatic looming threat. Europe had had many dalliances with pure abstraction, but in the mass culture imagination in the US, that window-on-the-world construct of art with its conjunction to representation and realism still ruled expectations. Agee’s supercomputer becomes a prescient view of post-modernity before the field and Greenberg’s purity had their day.

The bomb was a collapse of the monstrous editor and its results. The bomb flattens everything and empties it out. Its threat is unseen and misunderstood. Its promise is the same as its threat, pure and empty.

There has been a recent discussion about atemporal art. But there is a difference between atemporal and merely timeless, another way of saying conservative enough to blend in to a variety contexts. Meg gleefully straddles the screenplay’s dated conception of technology and the current context wherein we find ourselves. Somewhere in that structure we find Meg’s superpower. She uses film to explore art historical constructs, and art notions to build a film. She allows each element to hold its built-in attachment to time and place, but sets up sequences that undo straightforward chronology. Her construct succeeds in the generation of a view of space and time all at once. She sells herself as the hapless protagonist, but becomes the human and feeling element that offers us a way out of inevitable blank devastation. Meg fabricates the computer that functions as a multiplex viewing contraption, divides the architecture into before, during and after, and serves as a set piece for an actual production location for another sequence in the film. The more you see, the more it becomes. Part swirling vortex, part Möbius strip.

In and through are the only way out.

I’ll own my cheeseball inclinations. There is a song playing in my head. Meg’s supercomputer singing at the top of her lungs: child of vision, won’t you listen, find yourself a new ambition……for those of you too young or kool to know, those are lyrics from a minor hit by Supertramp from the album Breakfast in America. Perhaps Meg offers us a pearl of wisdom: we may redirect or begin anew without first blanking the slate. 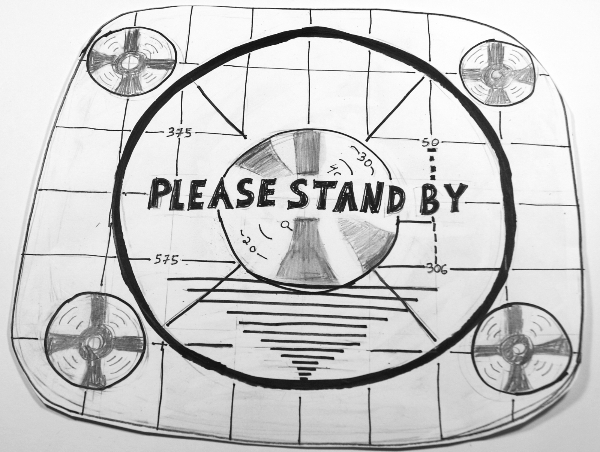