On view through Saturday, March 21st

Jaime Davidovich’s dynamic work and avant-garde approach to art and television is a seminal project amongst a range of broadcast experiments that emerged in the second half of the 20th century. Interruption/Intervention aims to introduce and revisit other examples of art and television that emerged during this period, providing a critical context and dialogue surrounding the exhibition. The program will include work by an international set of artists from 1969-1991, selected by Robyn Farrell, Curatorial Assistant in the Department of Contemporary Art at the Art Institute of Chicago.

The screening will be followed by a live Skype conversation with artist Jaime Davidovich, led by Daniel Quiles.

Robyn Farrell is Curatorial Assistant in the Department of Contemporary Art at the Art Institute of Chicago. She has spoken widely on contemporary art and time-based media at institutions and conferences including the University of Chicago, New York University, and the College Art Association Annual Conference. Robyn has organized exhibitions and screenings locally and nationally, in 2014 she presented the first program of work by television art pioneer Gerry Schum in Chicago at the Graham Foundation, followed by a second presentation at Electronic Arts Intermix in New York. She has contributed to publications for INTUIT: The Center for Intuitive and Outsider Art, the DePaul Art Museum, and Iceberg Projects, among others. Robyn holds an MA in Art History, Theory, and Criticism from the School of the Art Institute of Chicago. 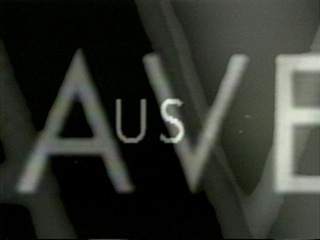