Cody Hoyt: You Complete Me

On view through Saturday, April 4th

ANDREW RAFACZ begins 2015 with You Complete Me, new ceramics by Cody Hoyt. This is the artist’s first solo exhibition with the gallery. It continues through Saturday, April 4, 2015.

Cody Hoyt engages a formal complexity in his ceramic vessels by combining a thoughtful geometric design with a painterly approach to image making. Previously focused on marbling, Hoyt has begun to introduce compelling patterns that are more intentional and less improvised, while still organic because of the traditional use of material. Influenced by geometric abstraction, Hard-edge painting, and textile-making, Hoyt produces tessellating shapes and patterns in the clay itself, generating imagery that while present on the surface, often also run through the entire vessel.

Hoyt balances a mathematical logic for producing his forms with a more open-ended strategy seen in the images that comprise their interior and exterior surfaces. Utilizing chipboard models prior to production, the artist calculates the precise angles and shapes before the vessel is built and fired. The final forms are comprised of equilateral triangles that allow them to interlock, fitting together along their surfaces, pointing further to the artist’s interest in moving beyond the idea that a ceramic object is merely a practical tool.

For Hoyt, even the word vessel has multiple meanings and implications. While his ceramics have an inherent functionality, they also exist uniquely as visual objects. They range from handheld to large-scale, creating a bandwidth of size and use. Function is a choice that does not need to necessarily be fulfilled in order to appreciate the piece in its singularity and construction. As the title of the exhibition suggests, Hoyt is in fact playing with our own preconceived notions of what a vessel must be or do to have value. 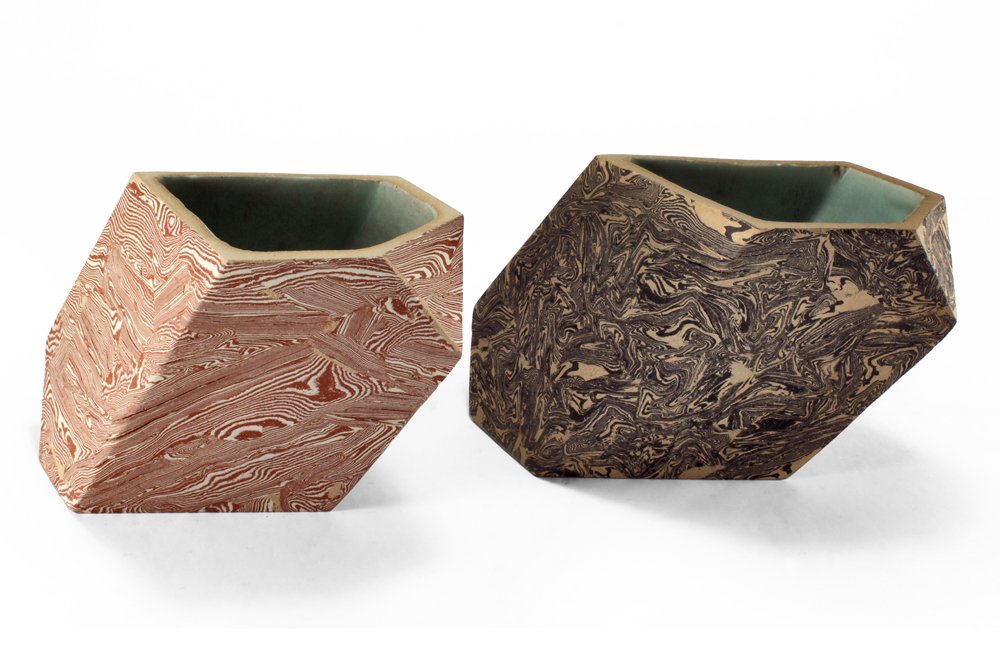