The fourth and last talk of the MAS Context fall series is by David Schalliol.

David Schalliol is a PhD candidate in the University of Chicago’s Department of Sociology who explores the transformation of urban centers through hybrid ethnographic, filmic, and photographic projects. His writing and photographs have appeared in such publications as the American Sociologist, Design Observer, Revue Gest, and MAS Context (here and here), as well as in numerous exhibitions, including the inaugural Belfast, Northern Ireland Photo Festival and the Museum of Contemporary Photography’s Midwest Photographers Project. The Japanese publisher Utakatado released his first book Isolated Building Studies, in February 2014. Schalliol contributed to Highrise: Out My Window, an interactive documentary that won the 2011 International Digital Emmy for Non-Fiction. His current film project is supported by the Graham Foundation, the Driehaus Foundation, and the City of Chicago’s Department of Cultural Affairs and Special Events. It was additionally included in the Kartemquin Films/Tribeca Film Institute Tribeca Hacks Program.

In his talk, titled “The Area,” David will discuss the documentary film he is currently developing that focuses on a portion of Englewood where 400 families are being displaced by the expansion of the Norfolk Southern South Side 47th Street Terminal. The documentary investigates the tangible tensions between residents and the pressures of contemporary transportation policy by following neighbors living on borrowed time, maintaining friendships and traditions while struggling with new problems in their vanishing community.

This talk is done in collaboration with the Society of Architectural Historians. To learn more about the organization, please visit www.sah.org. 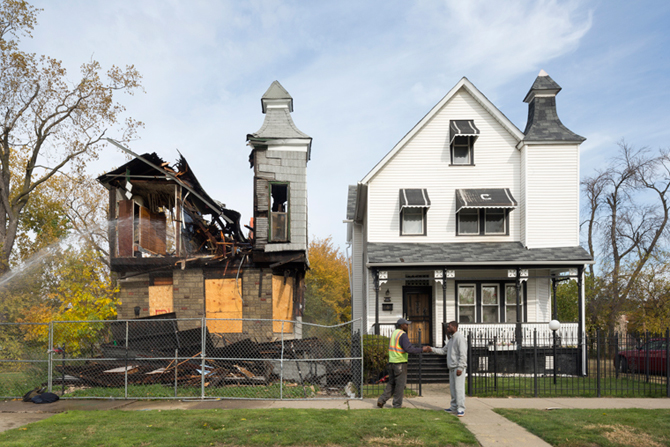