The Condition of the Frog Is Uncertain-Closing Reception

On view through Friday, November 7th

The President’s Gallery at Harold Washington College presents The Condition of the Frog Is Uncertain, an experimental art exhibit featuring a rotating group of six collaborative artists. The exhibition name is taken from a story. In September 2013, NASA launched a rocket from Virginia bound for the moon, and the monitoring cameras captured a frog as it was flung into the air by the massive energy of the rocket. While NASA could not attest to the whereabouts of the frog after the launch, for one brief and shining moment that frog contained all possible outcomes of various universes– one in which it was killed, one in which it survived, one in which it received superpowers, one in which it was propelled to another continent, and infinitely more.

COST: FREE and open to the public 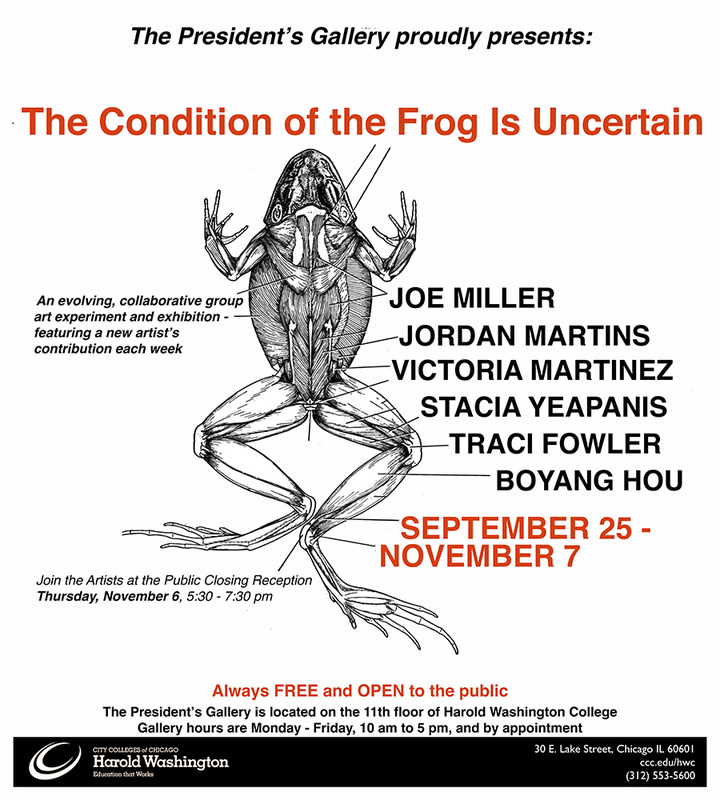