On view through Friday, January 16th

ANDREW RAFACZ continues the 2014 fall season with Volatility Smile, a new video wall sculpture by Philip Vanderhyden. This is the artist’s second solo exhibition with the gallery. It continues through Saturday, January 16, 2015.

Appearing in the financial analysis of volatility patterns, a ‘volatility smile’ is the dually curved symbol found in the middle of the graph. To the financiers that chart and study its plot points, the symbol manifests itself as a Cheshire grin, illuminating itself as an expression of irrational behavior and sometimes referred to as demonic.

Taking this idea of smiling in the face of utter uncertainty, Vanderhyden has created a 30-foot-long video wall sculpture which holds a two-channel video loop of softly floating sculptures. Ten LCD screens create exaggerated peaks and valleys along the gallery’s east wall and minimalist sculpture serves as the origin for both the dreamlike moving images and the screens that contain them. The piece undulates in a Bloomberg-terminal-style presentation, screens facing and butting against each over the span of the wall.

The minimalist objects within the video move freely amid the screens, rotating and drifting with a fluid ease. The video contains segments of appropriated high-end commercial ads, giving the viewer the sense that they are observing a 3D tour of a luxurious home in a hypnagogic state. The drifting sculptures are familiar while remaining unclassifiable, their smooth and shiny surfaces reflecting the stream of ads while revealing details of contemporary luxury and high-end computer graphics. The video loop seduces like a screensaver, mesmerizing the viewer and blurring the lineage of time. The memory of one’s physical body becomes masked as lucidity dissipates and the abstracted digital images distract. The viewer is removed from the physical, the ideas of a class-fueled society, and dazed by the technological promises that the on-screen rhythms offer. 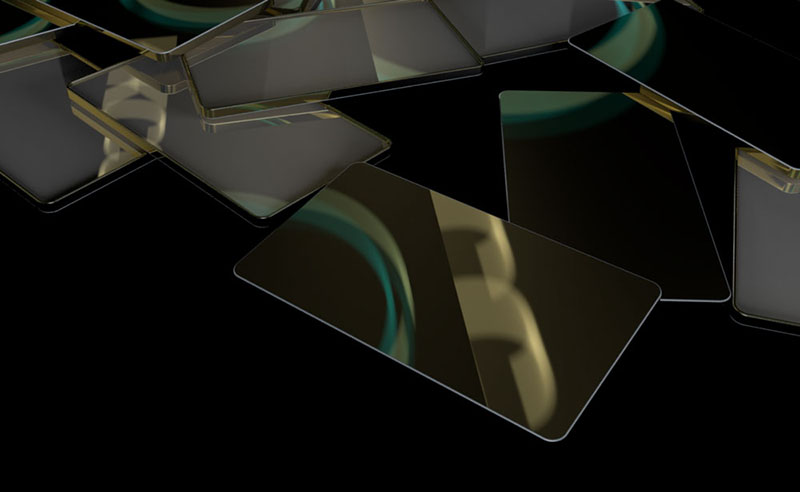