Known for dreamlike shorts that experiment with the boundaries between documentary and fiction, award-winning French filmmaker Mati Diop mined her own history for A Thousand Suns. The film explores the public and private legacies of the seminal Senegalese film Touki Bouki (1972), directed by her uncle Djibril Diop Mambéty. She focuses on Magaye Niang, a farmer living outside of Dakar, who, as a young man, played the film’s lead. As Niang reflects on the events of his past, Diop meditates on Senegal’s history, the role of its cinema, and her own place in it. Accompanied by Diop’s haunting 2009 short Atlantiques, which spins feverish tales of European opportunity and perilous sea crossings.

Tags: Conversations At The Edge, SAIC, School of the Art Institute of Chicago 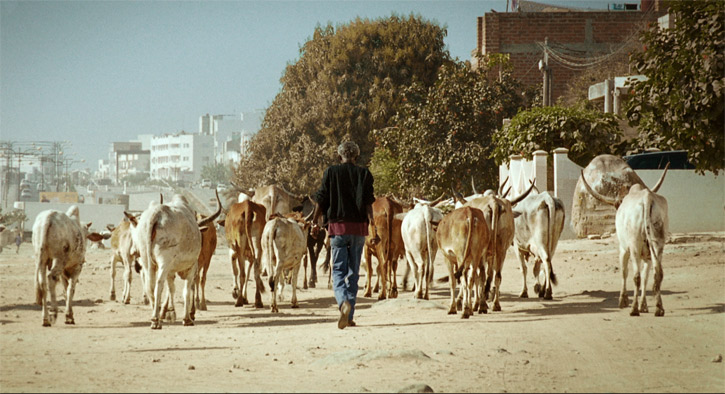