On view through Saturday, January 3rd

Through painterly abstraction and formal invention, Dan Gunn creates two and three-dimensional objects that are inspired by vernacular patterns, craft materials, and set design. Thick, laser-cut wood strips, overlaid with various pigment stains, form the foundation of many of his low-relief, wall sculptures. He draws his sources from materials in motion, from the buckling of a fabric curtain, the sleeves of a garment, or expanding screens. His gestures, at once seamless and non-conforming, gently manipulate the materiality of wood to occupy a space between restraint and release. Gunn’s diverse practice continues to develop in many directions, but here, for his second solo exhibition at moniquemeloche, the focus is on the expansion of two series in particular – his “fan” paintings and “draperies.” In both bodies of work, he plays with scale while exploring the full spectrum of color. Gunn squeezes and swells the silhouettes of his fans, abstracting from his previous renderings while upholding the visual identity of humble materials and exquisitely composed shapes. Gunn’s works are playful spectacles, each with their own malleable mannerisms or impromptu airs.

Prior to earning his MFA from the School of the Art Institute of Chicago in 2007, Dan Gunn (American, born 1980, lives in Chicago) received a Bachelor’s degree in Physics. His interest in physics overlaps with his artistic practice, where he continues to investigate the peculiar qualities of materials. In an intuitive construction process, he experiments with forms, grouping objects together in a search for revealed affinities and a deeper understanding of culture. In 2013, Gunn received the Artadia Award at EXPO Chicago. Recent exhibitions and residencies include The Life of Forms at Marine Contemporary, California (2013); Participant at Skowhegan School of Painting and Sculpture (2012); 12×12 UBS solo project at the Museum of Contemporary Art Chicago (2011); Multistable Picture Fable at Lloyd Dobler Gallery in Chicago (2010); New Icon at Loyola University Museum of Art in Chicago (2010); His work has been reviewed in publications such as Frieze, Art in America, Artslant, NewCity Chicago, TimeOut Chicago, and the Chicago Tribune. Gunn’s curatorial debut occurred this summer with the group exhibition My Hands Are My Bite at moniquemeloche. 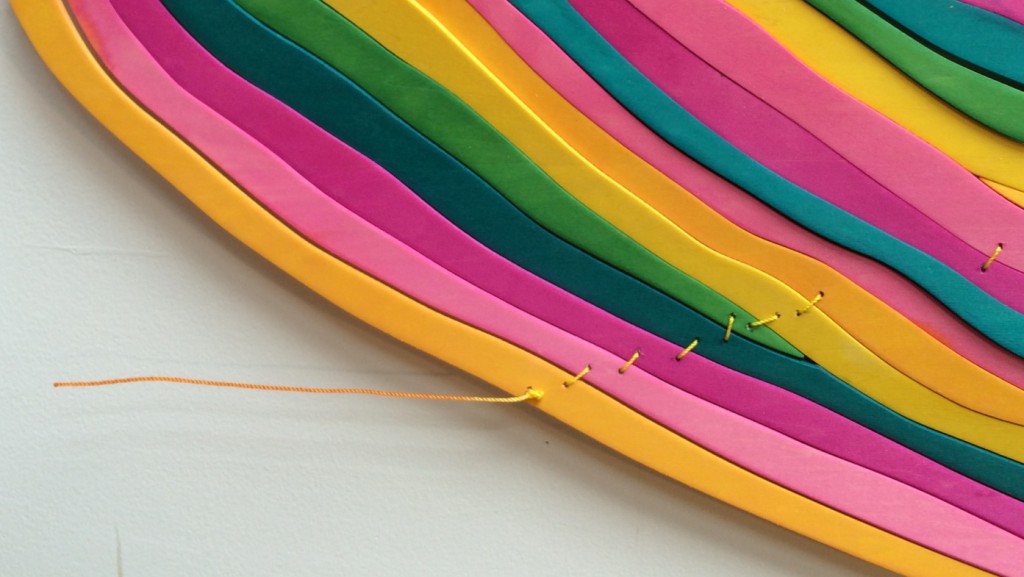