Mixed Use Lot at Wolfram and Milwaukee, Chicago IL

The evening consists of an ongoing architectural video projection of the works “Pass” and “Trample” starting 7pm and will feature a special screening of Snow’s new work, premiering “ReCite” at 8pm.

“ReCite” is a short video work that deals with light and the decay of a structure while referencing the empty lot and the cultural history embedded in it. The lot was once home to a beloved Avondale Theater that served as a creative and entertainment hub for residents in the past. The artist uses high contrast imagery with nearly completely black picture planes that draw attention to the strong light coming from the interiors. Projected enormously on a rough wall, she conveys a strong sense of architecture that is both lost and rediscovered through the passing of time and the projection itself. 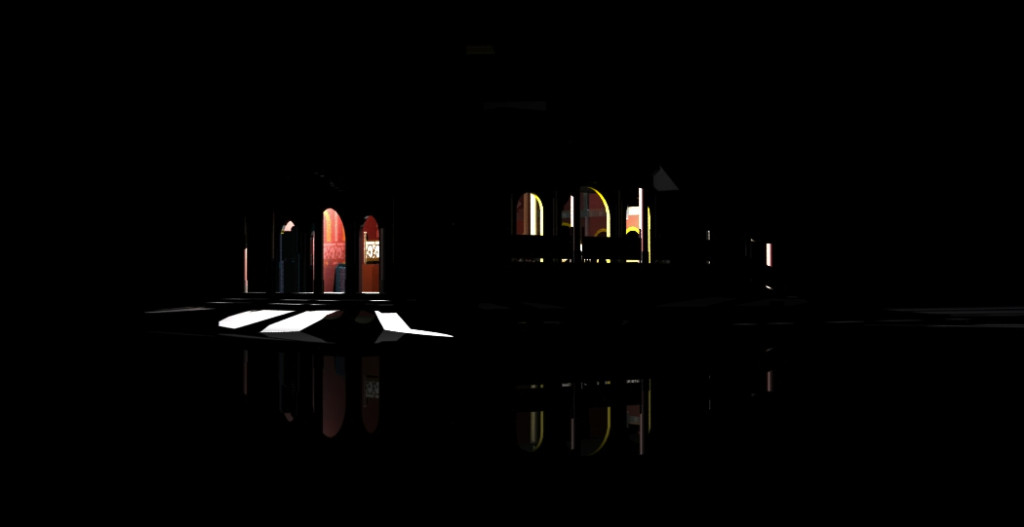