On view through Tuesday, September 30th

Queen Bee considers the structure of the beehive and it’s rhizomatic form as an exemplary symbol of the
globalized, networked society. The multitudes of relationships that are played out within its intricate
structure are representative of the multiple shapes and form that contemporary identities render themselves
into. Through the participation of artists who use materials that borrow from the rich history of identity, this
exhibition considers the role that women play in shaping contemporary material culture.

About the performance program:

The Queen Bee performance program is collaboratively curated by Krista Franklin and Allison Glenn, and includes a cross-section of artists, writers, and poets that are thinking critically and thoughtfully about the intersection of material culture and the feminine identity. CM Burroughs’ contribution will include selections from her recently published book, The Vital System, which explores the complexities of cultivating identity primarily through the lens of the female body. Lise Haller Baggesen’s forthcoming book Mothernism, aims to locate the mother-shaped hole in contemporary art discourse at the intersection of feminism, science fiction, and disco. Considering the intricacies of hybrid identity through the lens of an artistic practice, Rashayla Marie Brown’s intersectional gestures populate the landscape of critical conversations on identity and privilege. The Angel Gabriel (but y’all don’t hear me though) is a performance where she appropriates and re-performs song lyrics that contain a tone of feminine subjectivity but are also strongly aggressive and at times masculine. In the Catholic religion, Angel Gabriel is God’s messenger, who at times has been depicted as male or female.

Krista Franklin (b. 1970 Dayton, OH, lives and works in Chicago) is a poet, visual artist and performer who lives and works in Chicago. Much of Franklin’s creative output concerns itself with the intersection of the literary and the visual, and often explores the conceptual concerns of Afrofuturism and Afro-Surrealism. Franklin is the recipient of the Chicago’s Community Arts Assistance Program Grant, the Albert P. Weisman Award, and Columbia College Chicago’s Aiko Fellowship, and held residencies at Cave Canem, A Studio in the Woods, and Arts + Public Life/Center for the Study of Race, Politics and Culture at University of Chicago. A co-founder of 2nd Sun Salon, a community meeting space for writers, visual and performance artists, musicians and scholars, Franklin holds an MFA in Interdisciplinary Arts from Columbia College Chicago.

Victoria Martinez (b. 1987 Chicago, IL, lives and works in Chicago) is an interdisciplinary artist who received her BFA from the Minneapolis College of Art and Design. She focuses on site-specific interventions, printmaking, collage, soft sculpture, and installation. Martinez has exhibited at the National Museum of Mexican Art, Center for Advanced Hindsight at Duke University, The University of Minnesota, Gallery 400 at the University of Illinois at Chicago, Hokin Gallery at Columbia College, Woman Made Gallery, and The Franklin. Upcoming projects and exhibitions include a residency at ACRE, and participation in a group exhibition at EXPO CHICAGO in 2014.

Erin Minckley Chlaghmo (b. 1982 Salt Lake City, UT, lives and works in Chicago and Morocco) received her BA in Art & Middle Eastern Studies from the University of Redlands, Johnston College of Integrative Studies in 2004 and her MFA in Fiber in Materials Studies from the School of the Art Institute of Chicago in 2012. Chlaghmo’s work combines personal narratives and formal/conceptual concerns, such as the reclamation of craft as subject and technique, the integrated influences of international cultures, and textile as sculptural form. Chlaghmo constructs large-scale painted, printed and carefully crafted felt “tapestries” that depict natural and manmade armor formations such as feathers, fish scales and shingles. Her figures explore notions of camouflage and cultural/religious assimilation while seducing the viewer through bright colors and playful repeat patterns. Chlaghmo is part-time Faculty at the School of the Art Institute of Chicago. She lives and works between Chicago, IL and Morocco and is the mother of two.

CM Burroughs (b. 1981, Atlanta, GA, lives and works in Chicago) has been a fellow of Yaddo, The MacDowell Colony, and the Cave Canem Foundation. Tupelo Press published her debut collection of poetry, The Vital System, and her poetry has appeared in numerous journals including Ploughshares, jubilat, Callaloo, VOLT, and Bat City Review. Burroughs is Assistant Professor of Poetry at Columbia College of Chicago.

Lise Haller Baggesen (b. 1969 Denmark, lives and works in Chicago) left her native Denmark for the Netherlands in 1992, to study painting at the Academy of Art and Industrial Design in Enschede and the Rijksacademy in Amsterdam. In 2008, she relocated with her family to Chicago, where she graduated from the School of the Art Institute in 2013 with an MA in Visual and Critical Studies. Over time, her painting practice evolved into a hybrid production, including teaching, curating, writing, and multimedia installation work. She has shown internationally in galleries and museums including Overladen in Copenhagen, the Municipial Museum in the Hague, MoMu in Antwerp, Wurttembergischem Kunstverein in Stuttgart, CAEC in Xiamen, The Poor Farm in Manawa, Wisconsin, 6018 North, Chicago and the Museum of Contemporary Art in Chicago. Mothernism is her first book, that Baggesen previewed during August 2014 at the Poor Farm. The book’s official release will take place in Chicago this October, when Baggesen will present her text alongside its affiliated installation with Ordinary Projects at Mana Contemporary Chicago.

Rashayla Marie Brown (b. 1982 Toledo, OH, lives and works in Chicago) is an interdisciplinary artist, educator, and writer. Her practice spans across image making, performance, research, and community building, often infusing cultural studies with personal agency, queer Afrofeminist subjectivity, and spirituality. Her journey as a professional artist began as a radio DJ researching black British music in London, England and as the founder of the family-owned graphic design company Selah Vibe, Inc. in Atlanta, Georgia. Brown holds a BA in Sociology and African-American Studies from Yale University, advised by Paul Gilroy, and a BFA in Photography and Video from the School of the Art Institute of Chicago (SAIC), advised by Barbara DeGenevieve. She has been awarded numerous fellowships and grants, including the Anna Louise Raymond Fellowship, Chicago Artist Coalition’s BOLT Residency, the Propeller Fund, and the Yale Mellon Research Grant. She currently serves as the Director of Student Affairs for Diversity and Inclusion at SAIC, fostering subversive narratives and access within and outside institutions. 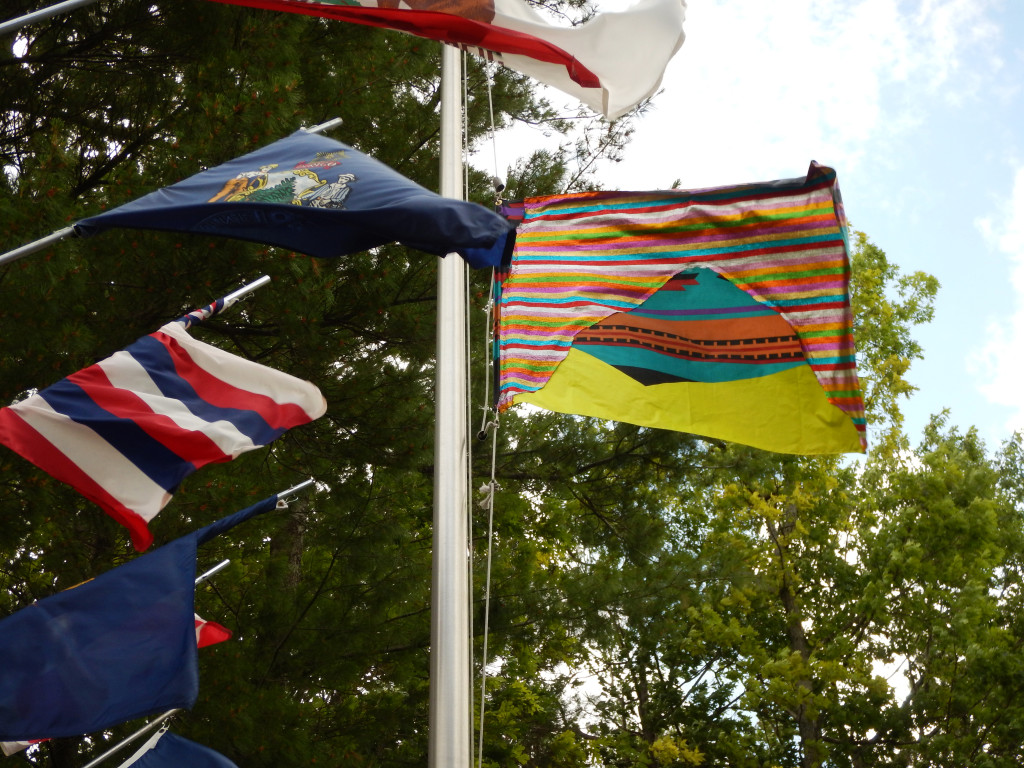