On view through Saturday, October 18th

Universal Declaration of Infantile Anxiety Situations Reflected in the Creative Impulse is an exhibition by My Barbarian collective who are artists Malik Gaines, Jade Gordon, and Alexandro Segade. Founded in Los Angeles in 2000, My Barbarian combines elements of theater and visual art to create interdisciplinary works in video, music, performance, drawing, and sculpture. Their solo exhibition at Gallery 400 includes a live staging of the group’s interpretation of Bertolt Brecht’s 1932 play, The Mother, and a video, Working Mother (2013). Hand-made masks and drawings associated with this performance will activate the gallery space for the show’s duration.

In their adaptation of The Mother, My Barbarian tells the story of a working-class mother who becomes increasingly radicalized on the eve of the Bolshevik Revolution. While looking at the role of the woman as a mother, worker, and revolutionary in the modern world, the play considers the role of art within capitalist constraints and promotes the critical roles artists can perform. Working Mother (2013), stages playful scenarios that convey both continuity and change in feminist, conceptual artistic, and familial projects as they move through generations. In a series of interconnected “short films,” Gaines, Gordon, and Segade perform with their own mothers as well as influential artists Eleanor Antin and Mary Kelly, enacting a personal and political matrilineage. 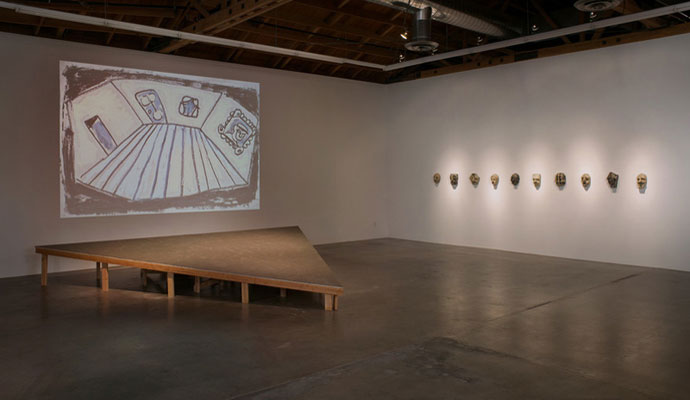