Lilli Carré: The Pleasure of Getting Lost

On view through Saturday, October 18th

The interdisciplinary work in Lilli Carré’s second solo show at Western Exhibitions takes the maze as a point of inquiry and departure. She will present work in the form of drawings, book, and animation, exploring the human fascination for constructing mazes specifically to spend time getting lost within them, and for the hope or delight of resolution. The show opens on Friday, September 5 with a free public reception from 5 to 8pm and runs through October 18, 2014. Gallery hours are Tuesday – Saturday, 11am to 6pm.

Mazes offer an unusual kind of headspace, providing ways to experience losing awareness of oneself while being extremely focused on where one is at the same time. For Carré, mazes are ways to set up and depict structures of time, play, and choice; structures created to lose, find or study oneself. Carré’s graphic investigations draw upon the human obsession with mazes of all forms, across time and different cultures, in both myth and experience.

In Gallery 1, Carré presents a series of complex mazes as overhead diagrams that she draws for herself, and then immediately attempts to solve. She separates the solution from the maze, letting the structure and the solution exist as separate images. The solution line drawing marks the particular path of impulsive decision-making, a path of thinking through a nonstop series of decisions, like any regular day in our lives, or as a trail and shape of a lifetime of choices from beginning to end.

Two large-scale drawings and an accordion book approach the maze form as fragmented imagery, dislocated from an original context. The space of the page is divided by a series of corners, edges, and panels, to be read as a diagram more akin to how time is read on a comics page. Figures are obscured as they weave through and interact with the lines and panels around them, which act as physical walls and borders on the page. A monitor in the gallery shows a looped animation of a crowd briskly moving through a blank, congested maze-like space from above. Figures face and swerve around each other, all focused on their own path.

Gallery 2 will feature a looped projection of a hand-drawn animation, leading the viewer on a journey through a maze in the first-person perspective, reminiscent of a maze in a video game or of the gallery space itself. As the viewer is lead through the virtual space, the figures and shapes on the periphery flicker, morph, and pass by, evoking the sensation of feeling lost, confused, electric and untethered when in an unfamiliar place.

Lilli Carré (American, b. 1983), an interdisciplinary artist currently living in Chicago, is best known for her comics, animated films, and commercial illustration. Her creative practice employs a wide range of media including printmaking, artists’ books, drawing, and ceramic sculpture. Her animated films have been shown in festivals throughout the US and abroad, including the Sundance Film Festival, and she is the co-founder of the Eyeworks Festival of Experimental Animation, now in its 5th year. Her most recent collection of comics, Heads or Tails, will see its second printing from Fantagraphics Books in January 2015. Her work has appeared in The Believer Magazine, the New Yorker, The New York Times, Best American Comics and Best American Nonrequired Reading. Her recent BMO Harris Chicago Works solo show at the MCA Chicago was reviewed in the Chicago Tribune and Chicago Reader. She has been included in shows at the Columbus Museum of Art in Ohio, the John Michael Kohler Arts Center in Wisconsin, the Museum of Cartoon Art in San Francisco, and the Depaul University Art Museum in Chicago. 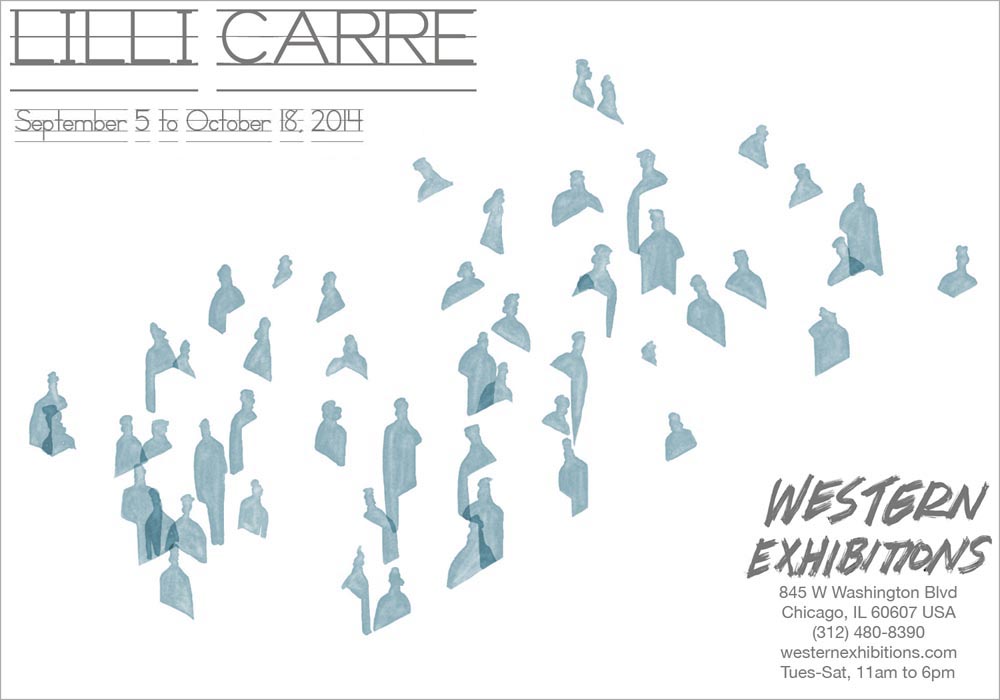