On view through Thursday, September 18th

Opening our fall season we address issues of death. Artist Lauren Levato Coyne opens her second solo exhibition with the gallery on the ideas of poisoning and her continued thoughts on death via her largest and most elaborate drawings to date. In addition, two other artists open solo shows the same night, Theresa James whose cyanotype/drawings deal with religion and faith, and Ellen Greene whose painted gloves and mixed media pieces focus on murder ballads.

Levato Coyne has been thinking a lot about poisons and their impact on the physical and mental health of generations. Man made poisons such as Agent Orange, processed sugar, and alcohol, as well as nature’s toxins like nightshade, venom, and Monarch butterflies to name a few. False poisons as well, such as the once firm belief that tomatoes were a fatal fruit. These and other elements make up the drawings that have their root in the impact of death from diabetes, cancers, and prolonged exposure to poison, intentional or unwitting.

Levato Coyne’s drawings are paralinguistic symbolist portraits and still lives. Their linguistic structuring is divorced from linguistic content; meaning is indicated, but encrypted. Each drawing begins with an interior narrative rooted in personal history: a family ejected from the American South that took with them many of the curious beliefs and habits of the Appalachian Mountain Kingdom. The animals and colors in Levato Coyne’s drawings are therefore influenced by the storytelling and imagery of fairytales and wives-tales, as well as medical and zoological antiquity, and farming.

Combining lush realism with an economy of line and negative space helps create a schema that differentiates the human from the flora and fauna that populate the work while, contrarily, breaking down the wall between interior and exterior, reality and non-reality. Dense layers and rich colors drawn without the confines of space and time force the narrator’s story into focus, but the story, though present, remains elusive and undefinable. The drawings are like words hovering on the tip of the tongue.

About the Artist
Lauren Levato Coyne is an artist and author based in Chicago. She has exhibited her work since 2003 and in 2008 entered a two-year period of master study at The School of Representational Art in Chicago and privately with Steven Assael in New York City. In 2012 USA Projects awarded her a grant for “Wunderkammer,” an ongoing series of drawings and sculptures. Levato Coyne is a visiting instructor at Georgia State University, UIUC, University of Wisconsin, The Art Institute of Chicago, and Morbid Anatomy (NY) among others. Her work graces the covers and interiors of several books and is housed in many private collections. 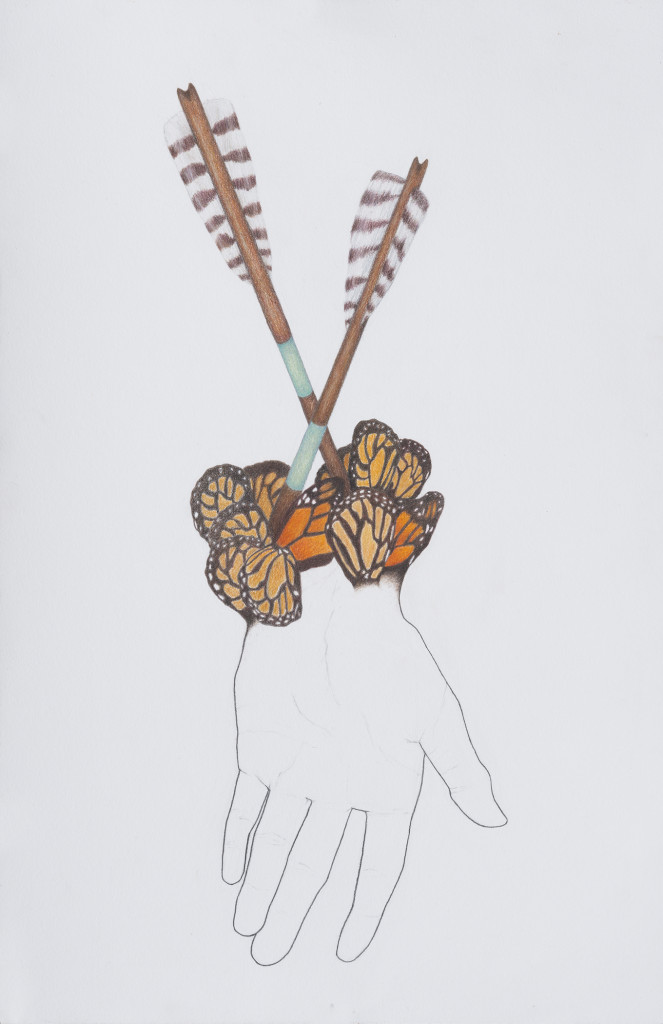