Linda Warren Projects is thrilled to announce the gallery’s fall exhibition season opener, Kim Piotrowski’s “Catch and Release.” In her debut exhibition with the gallery, Piotrowski will be exhibiting in Gallery Y and Gallery X, filling both spaces with her bold and vibrant abstractions. The Chicago-based artist is known for her paintings and works on paper featuring forms abstracted from recognizable imagery –often imagery with loaded associations, like beds or guns. “Catch and Release” marks a new shift in Piotrowski’s practice: a step away from representational references, instead looking inward for aesthetic and conceptual stimuli.

Piotrowski cites her own psychological undercurrents as the driving force behind this body of work, a practice that is as liberating as it is challenging. Over time, the artist has come to realize that her sleeping patterns (in particular her habit of awaking suddenly several hours after falling asleep) are contributing directly to her making process, inspiring moments of great personal and artistic clarity. The exhibition title, “Catch and Release,” refers to the anticipation and excitement upon broaching a certain composition of line, color and form, carrying it to completion and then letting it be –much like the flurry of activity as a fisherman reels in a catch, only to release it back into the stream to maintain balance in the waters.

The play between micro and macro uses of scale has long been a major part of Piotrowski’s oeuvre, and here, she explains that the vastness of the two exhibition spaces provides a unique opportunity to, in her words, “stretch my artistic muscles.” In addition to the more conventional paintings on panel and framed works on paper, Piotrowski will be creating a massive, site specific painting directly onto a gallery wall –only the second time the artist has attempted such a feat. Site specificity also comes into play in Piotrowski’s Gallery X installation: a tall, narrow drawing that unfurls onto the floor and a large corner work along with a multitude of small studies on paper installed salon-style. The inclusion of these studies greatly informs the other full-size finished pieces in “Catch and Release,” showcasing her experimental techniques and materials. For Piotrowski, color and surface, broad brushstrokes and fine details are paramount. With mark-making that is both aggressive and gentle, Piotrowski deftly incorporates notions of order and chaos, tenderness and violence, calm and anxiety, imbuing the right amounts of edginess, uncertainty and mystery to keep herself inspired and her viewers engaged.

Kim Piotrowski, Poolside, 2014, acrylic ink on panel, 8” x 10”
Kim Piotrowski, Poolside, 2014, acrylic ink on panel, 8” x 10”
Kim Piotrowski’s art has been featured in such venues as Grolle:Pass:Projects in Wuppertal, and Galerie oqbo in Berlin, Germany; Marcia Wood Gallery, in Atlanta, GA; DiverseWorks in Houston, TX; and 65Grand, the Hyde Park Art Center, the National Veterans Art Museum and the Union League Club in Chicago. Piotrowski is the recipient of such prestigious honors as the Artadia Grant, the Illinois Arts Council Visual Artist Grant, Artist in Residence at Yaddo, Ox-Bow and the Ragdale Residency in Lake Forest, IL. Piotrowski received a BFA from the School of the Art Institute of Chicago, and this is her first exhibition with Linda Warren Projects. 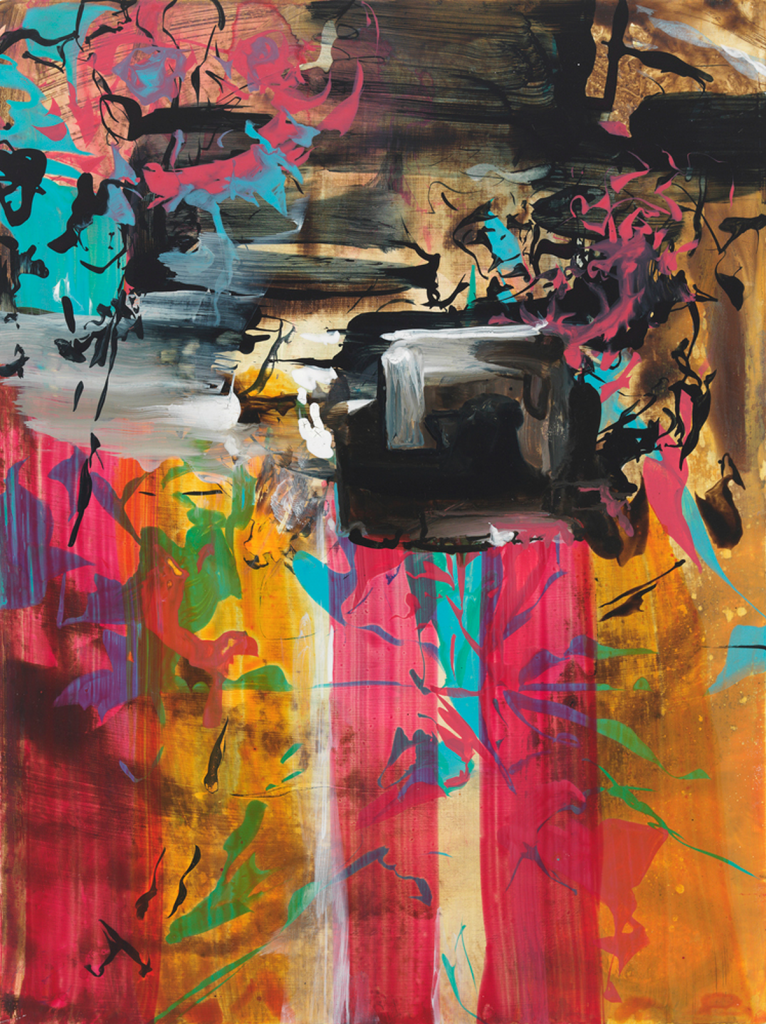