John Kildiff: Inside the Box

On view through Sunday, October 5th

Join us in welcoming John Kilduff, a Los Angeles based artist best known for his ongoing project “Let’s Paint TV”. Beginning on cable access in the early 2000’s, “Let’s Paint TV” involves the artist adopting a traditional instructional role, teaching the viewers how to paint.

While conducting a lesson, Kilduff is also intentionally disadvantaging himself. He often incorporates running on a treadmill, making blended drinks, taking viewer phone calls, among other activities into his painting. At Julius Caesar, John will be debuting Inside the Box, a new performance that will be running the duration of the opening. With humor and frustration, Kilduff distances the work from intention and control. In this way he consistently supports and expands the notion of failure.

Kilduff received his MFA from The University of California Los Angeles in 2008 and recent exhibitions include “Very Good Plus (VG+)” at Steven Wolf in San Francisco, and “Kilduff Motors” at Blackstone in Los Angeles. Kilduff will be conducting a lecture at The School of The Art Institute of Chicago on Monday, September 8th, 5pm at The Columbus Auditorium.

Julius Caesar will also be hosting a barbecue from 1 – 4 in honor of John and the beginning of our Fall Season! 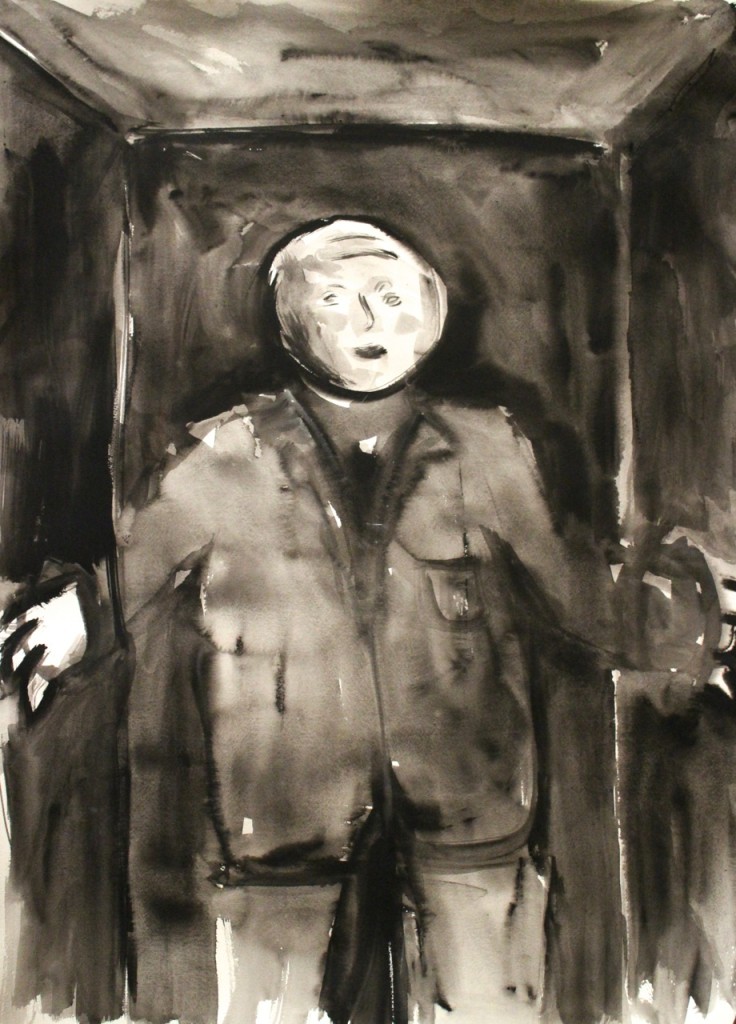