On view through Saturday, December 6th

KM Fine Arts Chicago in collaboration with Hexton Modern and Contemporary is pleased to present a new show by American artist Eric Fischl. The exhibition, spanning nearly a decade of Fischl’s work, has a particular focus on the relationship between the artist’s two-dimensional works and his sculptures in both bronze and cast glass.

Drawing a connection between multiple disciplines: bronze, watercolor, collage and glass, the show simultaneously breaks new ground while highlighting the consistency with which Fischl tackles this range of mediums. “The relationship between the body and the person is riveting to watch,” states Fischl. “You can tell through body language how comfortable or insecure a person is with themselves and others. Body language is like a window to the soul. That is what I try to capture in my work.”

For this new body of work the artist explores the notion of light as a medium by physically allowing light to play a central role. The glass medium offers Fischl, for the first time, an opportunity to explore figuration more deeply as light penetrates through the surface of the work and pools within it. This furthers Fischl’s desire to illuminate his figures’ inner self and allow a window into the depths of his iconic characters.

Physically, glass creates a three-dimensional expression of figuration most closely linked to his watercolors. Whereby the bronze and watercolors are linked in their ability to convey a narrative via a single form, Fischl pushes this further with the translucent nature of glass. Just as one can move in and out of the translucent surfaces of his watercolors, the glass provides that same opportunity in three-dimensions.

In the cast resin collages to be exhibited, Fischl collapses the painting process by eliminating the photo collage step typically used in the creation of his oil paintings, and instead directly collages characters and elements pulled from his own previous works. He then creates new physical and emotional interactions within these revised compositions and further elucidates their context by painting new elements into the work.

Similar to the glass sculptures, here light actually penetrates the surface of the cast resin collages, passing through the transparent and opaque layers and illuminating the figures from within. In the collages, light actually bounces off the work’s back surface and emanates forward through the figures, offering a new context for light’s role within a painting.

The bronze works included in the show span the last ten years, including one of Fischl’s newest works. From Fischl’s tortured and twisted surfaces reminiscent of Giacometti, to the quiet and more uniform patinas on his most intimate pieces, Fischl creates a spectrum of work that deals directly with his fascination of the inner self expressed in an outward manner.

A rare casting of one of Fischl’s most recognized works is among the collection to be exhibited at KM. His life size Tumbling Woman II depicts a female figure rolling on her back in a sense of constant motion. As Fischl states, “I wanted a feeling that we’re in motion, that we’re going somewhere. We don’t know where it is, we’re not in a state of equilibrium, we’re rolling along here.” This sculpture, exhibited as a trial proof (the artist is mid-stream in completing the final casting in glass), will be one of the largest figurative glass castings ever attempted upon the work’s final completion. 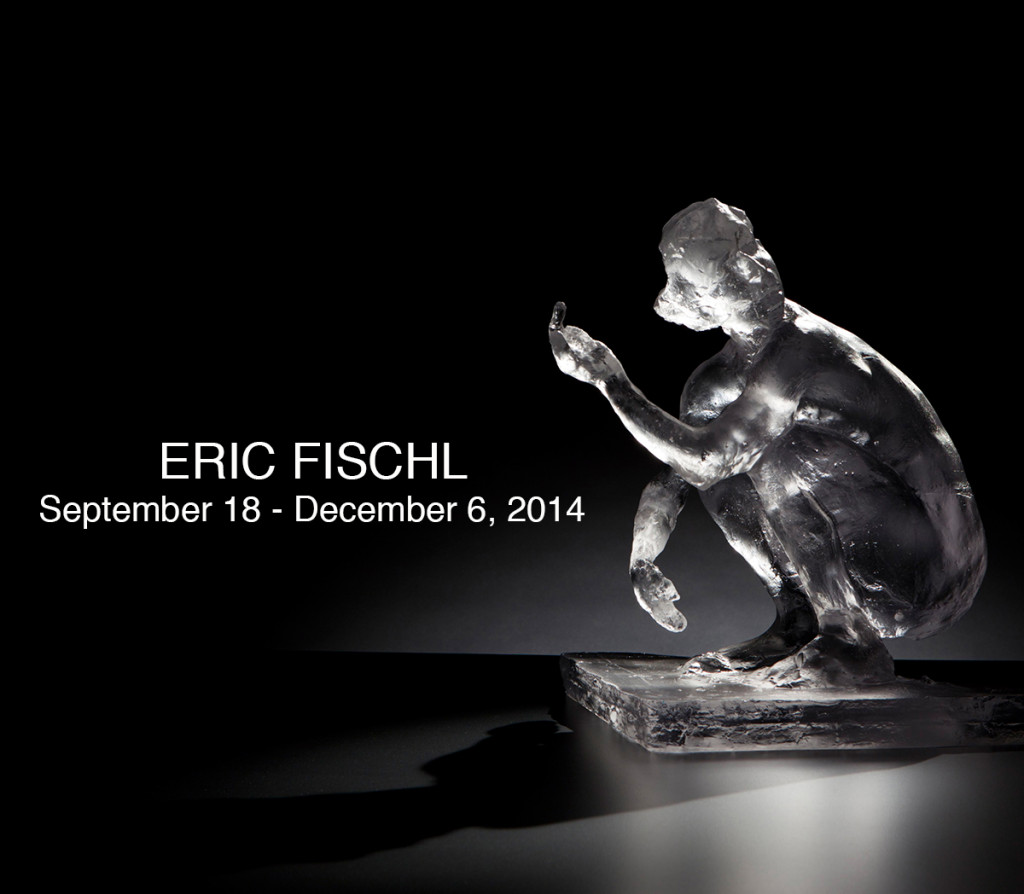