Andean-Garde: Experimental Documentation in the Andes (1963-2014)

The NIGHTINGALE is delighted to host this slate of short films that showcase a chronological development of experiments in non-fiction from filmmakers of the Andean region. These works articulate conflicted ideas about politics, media and indigenous representation.

Revolución / Revolution
Dir. Jorge Sanjinés
9 min – Bolivia – 1963
Made out of fragments of footage filmed while making propaganda documentaries for the state lottery, and edited according to theoretical precepts of Soviet montage, Revolución could be considered Bolivia’s first experimental film. In addition to using cinema to resist dictatorships and American imperialism, Jorge Sanjinés was also one of the first to theorize the representation of non-Western subjectivities in cinema.

Radio Belén
Dir. Gianfranco Annichini
11 min – Perú -1983
Located in the middle of a market and a port on the Amazon jungle, a poor radio station can only broadcast through speakers. The filmmaker reduces his commentary to a few final shots, the rest is from the voice of the people.

Enterprisse
Dir. Kiro Russo
9 min – Bolivia – 2010
The man, the city, the machine. Once he’s up in the Enterprisse, he has to follow the instructions. Russo’s next short film, Juku, premiered at Sundance 2012.

Adelante / Forward
Dir. Miguel Hilari (Bolivia)
7 min – Bolivia – 2014
Energy in a time and space. An exploration of the relationship between dance and ritual. Hilari’s first documentary feature “The Corral and the Wind” premiered at Cinema du Reel 2014 and won best film at FIDOCS in Chile.

Solo puedo mostrarte el color / I can only show you the color
Dir. Fernando Vilchez
25 min – Perú – 2014
In the high plateau of the Peruvian jungle, a mining company forces their way into the depths of the forest to search for mineral resources. Known for their fearlessness, the Awajun people stand up to the invaders. But in the fight for their land they are brutally struck down by the government. Violence breeds counter-violence. A video workshop is the way of follow the trail of violence. Short film premiered at Berlinale’s official competition of 2014. 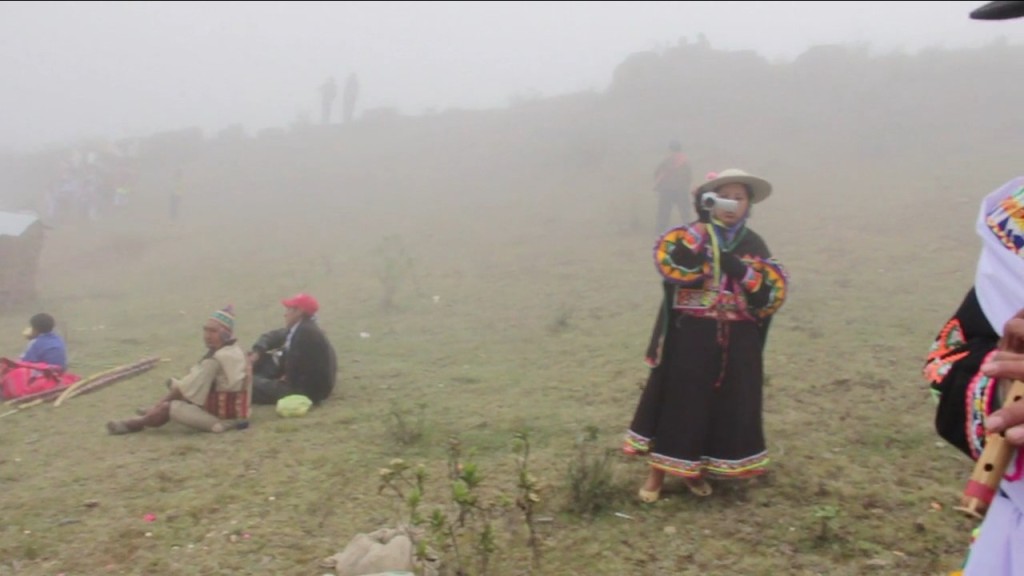