On view through Saturday, August 23rd

For its mid-summer exhibition, Corbett vs. Dempsey is very pleased to announce Merit Badge, an exhibition of work by Walter Hamady.

An heroic figure to adventurous book designers, Hamady has been at the forefront of innovative book arts for 50 years. He baptized his imprint, The Perishable Press Limited, in 1964, publishing books of poetry by a range of writers including Paul Auster, Paul Blackburn, Robert Creeley, Robert Duncan, Denise Levertov, and Diane Wakoski. Among his major achievements is the introduction of the Gabberjabb, a series of meta-books, miraculously designed, often centered on text by Hamady himself. Hamady’s bookworks are each conceived and executed with extreme attention to detail, and they are as varied as the words they bear, some involving collaborations with visual artists such as Ellen Lanyon, Jack Beal, and Warrington Colescott. Hamady brought his own artistic vision to his book design, having already established a studio practice in the 1950s, making intricate collages and assemblages. Merit Badge surveys five decades of Hamady, featuring a selection of Perishable books, old and new box assemblages, and a group of stunning, lascivious, late-’60s cut matboard collages that give the show its title.

Accompanying the exhibition is a 64-page catalog, full color, with vintage photos and a short essay by John Corbett, featuring six never-published excerpts from Hamady’s lifelong journal, dipping into the multi-thousand-page tome at ten-year intervals 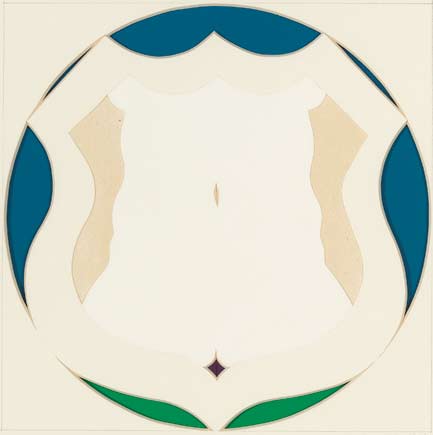