On view through Saturday, August 16th

Valerie Carberry Gallery is delighted to open Outdoor Disco, a summer group exhibition organized in collaboration with Chicago based painter Josh Dihle. The exhibition includes works by contemporary artists in which observations and forms from the natural world are used in a range of artistic practices. The exact terms of artists’ contracts with nature are as variable as the artists themselves and, for that matter, as changeable as any single conception of nature (or claim on nature, as evidenced by the changes in attitude in the decades since Pollock’s famous declaration, “I am nature”).

In Outdoor Disco, seven artists have made seven inroads into the tangle. Individually, the works in the exhibition are selections from full and remarkable studio practices, each with a discreet orbit of materials, concerns, and processes. Taken together, the paintings, drawings, photographs, and sculptures in the exhibition expose an infinitely complex dichotomy between maker and environment. These works are united by the use of nature as a type of medium, a fecund intermediary between creative impulse and completed work. Somewhere in this process, the stuff outside of human construction happily intrudes. The artists in Outdoor Disco have joined engagements with the lush, hectic outdoors with their respective studio activities to thrilling, almost danceable effect.

Concerns range from the personal to the political. In Judith Belzer’s paintings from her Edgelands series, a raw, agitated border emerges between balanced natural systems and those dominated by human activity. Belzer’s reverberating marks and lines suggest a two-way cacophony of change that matches the incursions of paint marks against a plain white field. On the other hand, Susanna Coffey’s conifer-wreathed self portrait Green speaks to a more solemn and porous division. The artist’s direct gaze pluralizes the viewer, blending his or her position with that of the artist at work; it is a gripping feat that shows the act of painting as a behavior that simultaneously makes and unmakes the self. An unusual mode of self-portraiture is seen in Little Worlds, Jim Lutes’s massive resin and trash boulder. The artist’s discarded materials from home and studio are encased in crystalline resin, which scatters light much like the translucent white brushstrokes that that glide and crumple across the surfaces of his paintings.

Other works have a more notational dialogue with natural forms. Laura Letinsky’s scanned photograph from her ongoing Albeit series include the silhouettes of birds perched in tree branches, cut out from a photograph within the photograph. These shapes and materials take on a pliancy that is itself almost animalistic in its liveliness. Evelyn Statsinger’s lengthy accordion-style ink drawing A Day at the Beach with Whitney Halstead’s Shells articulates dozens of shells with incredible deftness. With wavelike rhythm, Statsinger remarks upon each object with the easy flow of a practiced eye. A similar attentiveness is found in Scott Wolniak’s Weeds Revisited, a selection of one-for-one plant portraits meticulously constructed from gathered street garbage. The weeds cluster naturalistically and inhabit the gallery much as they might a vacant lot. The work slyly addresses situations of art display as manicured zones in which an unwatchful hand or eye might yield to invasive species. Interloping plants show up in Josh Dihle’s painting Sink as well. Tiny, detailed plants are haphazardly distributed across the surface of a flattened landscape that adheres more to the compositional agenda of layered abstraction than to the spatial demands of a plausible landscape. 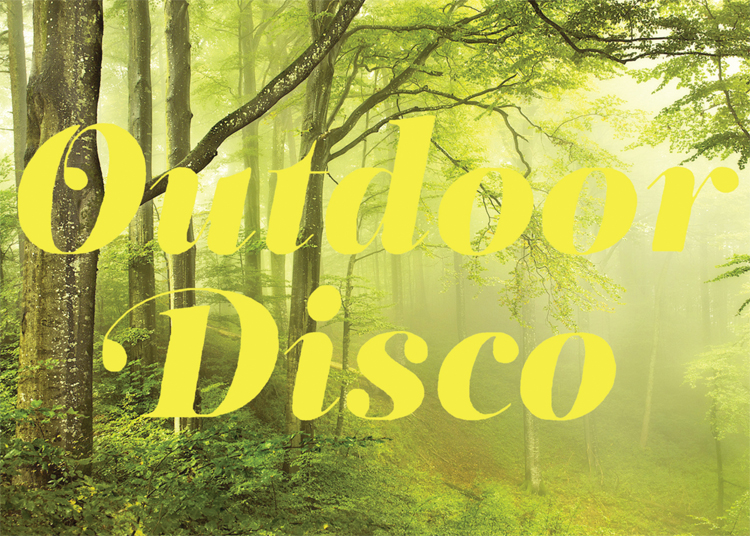