Chicago, IL June 15 2014—Kitchen Space is pleased to continue its exhibition programming with the weave work of Nicole Pyles. The exhibition will continue through June 29th.

There is a looseness in language and in speech. Words can be incredibly easy to throw around, inconsiderably or without total understanding of what’s being said. This is where Nicole Pyles choses to work from. She is interested in using her practice to subvert notions of what the things she makes should look like and how they should function. Pyles makes weavings. She has a clear understanding of this process. She then knows how to reconfigure that process. Her understanding of the word sleazy – relating to her practice, rather than the common colloquial usage—begs the viewer to be considerate of that word, and of similar language.

For Sleazy, Pyles has made a large scale weaving and several smaller scale ones, considering multiple aspects of the space. She has considered the physical space that the large weaving will inhabit, and has used the site to inform the decisions made in making the smaller weavings. Spices, powder drink mixes and junk food all played roles in the treatment of these. She has taken aspects of the kitchen, food and textiles, and created disconcerting tapestries that refocus the “comforts” of that space.

Nicole Pyles lives and works in Chicago, IL –previously Oakland, CA. She recently graduated from California College of the Arts with a BFA in textiles. Her work has been exhibited in group exhibitions at the Oliver Art Center, Oakland and the Worth Ryder Gallery, Berkeley. Her work primarily deals with abstracted language and woven sketches of landscapes. 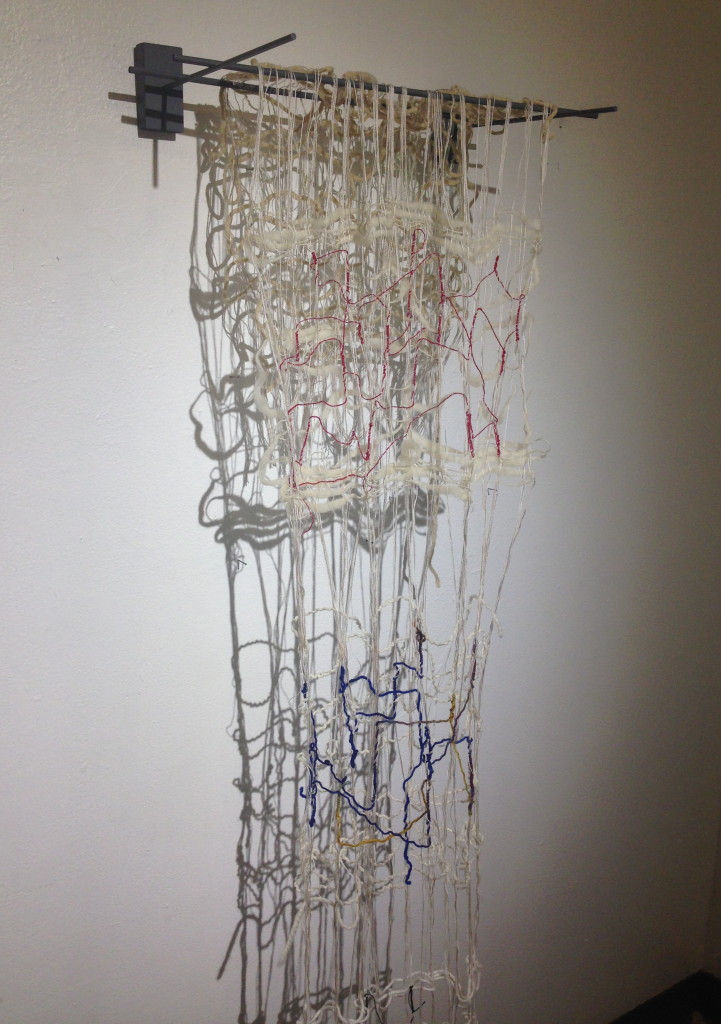