On view through Sunday, July 20th

Driven by impulse, and created with hope. Anxious qualities are captured, and movement is frozen. A constructed environment is created. History, site, and material are apparent yet unfamiliar. Reflect and imagine with curiosity the unknown.

Luke Armitstead (B. 1989 Seattle) is a sculptor, painter, ceramicist and designer. He received his BFA from The School of the Art Institute of Chicago in 2011, and this year completed a Post Graduate degree in Ceramics from the University of Wisconsin – Madison. His work is multidisciplinary and invokes the themes of architecture, landscape design and ancient history. Often combining separate elements to make an individual work, his sculptures and installations become constructed environments in and among themselves.

Monstrum in Horto is Luke Armitstead’s first solo show with CourtneyBlades. He previously was shown in Make, Work (2011) with Zach Meisner. Other recent exhibitions include Furniture 2013 (Johnson Trading Gallery, New York), Palm Reader (So What Space, Brooklyn), and In Search of Paradise (Show Pods, Chicago). He has been featured in Sight Unseen and Chicago Art Magazine. 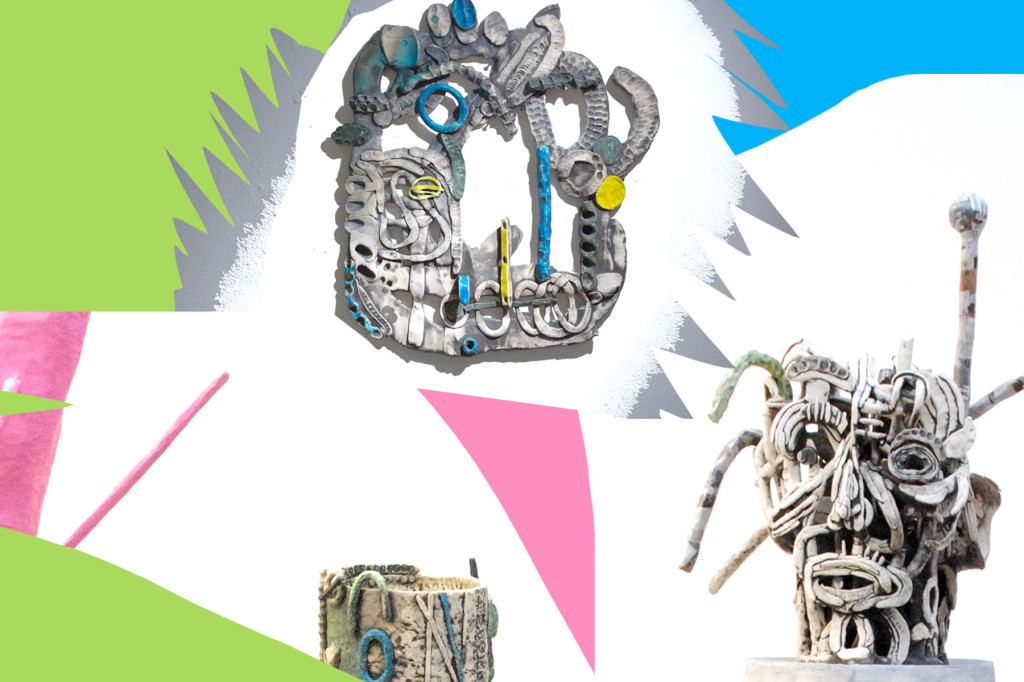