ARTIST’S STATEMENT: Since retiring from performing as an acrobat, I continue to think about what it feels like to fall and fly. Intense physical experiences can cause time to slow down, make your body come wonderfully alive, and force you to question your most fundamental assumptions about which way is down. I miss the adrenaline of performing, and wondered if I would ever feel the intensity of those experiences again. A few years ago, I visited a local fair for the first time since I was a child. I rode a couple rides and was hooked.

While I was on the rides I was struck by the way people interacted with each other. Joined together by the strangeness of the physical environment, they staged competitions, pushed each other to act unusually, and moved in ways impossible outside of these atypical situations. Also, they experienced fear, excitement and even boredom—each emotion tumbling out unpredictably.

“Midway” is a series of video installations created from footage captured at state and county fairs in Indiana and South Carolina. They examine the impromptu performances, staged competitions and visceral revelations that attendees experience while riding Carnival rides.

Sound for these videos is by Ted Coffey.

AARON HENDERSON’s videos and installations examine the ways that humans move. Recent projects look at the personal, cultural and political ramifications of all action, from intimate gestures to displays of super-human acrobatics. Well acquainted with movement, he threw himself into walls and off of platforms for STREB Extreme Action, an acrobatic performance company from 2002-6. His videos and projection designs have been presented at Lincoln Center, the Wexner Center and many other theaters, colleges and festivals across the world.

More information about Aaron Henderson can be found at aaronhenderson.com. 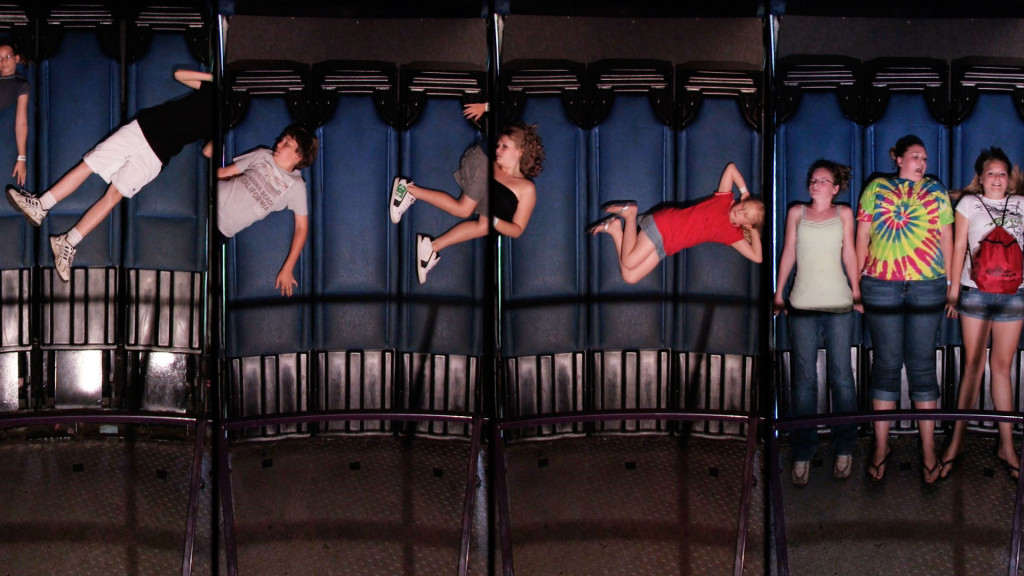