Meg Duguid has spent the last year adapting James Agee’s 1947 script, The Tramp’s New World, originally written for Charlie Chaplin’s Tramp character, into a complex interdisciplinary project that will produce both performance and film. The shooting of her film becomes a performance for a live audience, in turn the resulting film is shown to a new audience and that event is again incorporated into the film and so on. Dugiud has producedpart of her set for Terrain’s front yard- The Tramp characters house. The sculpture looks like a two dimensional drawing that has been made into a sculpture, melding an artwork and it’s documentation into a single object.

Meg Duguid received her BFA from the School of the Art Institute of Chicago and her MFA from Bard College. She has performed and exhibited locally at the Museum of Contemporary Art, the Hyde Park Art Center, Slow Gallery and 6018 North, Chicago, IL; nationally and internationally at the DUMBO Arts Festival, Brooklyn, NY; 667 Shotwell, San Francisco,CA among others. Duguid has screened her films at Synthetic Zero, New York, NY; Spiderbug, Chicago, IL and the Last Supper Festival, Brooklyn, NY. From 2009 to 2011 she ran Clutch Gallery, a 25 square-inch white cube located in the heart of her purse, since then she now lends her purse to others to curate and carry. Duguid lives and works in Chicago, IL with her husband and three cats.

In order to investigate the idea of occupied space that is simultaneously shared by a multitude of organisms, Tom Denlinger has superimposed the shape of the front yard of 704 S. Highland (Terrain) onto the neighboring yard of 710 S. Highland (Terrain South). He has painted and collaged onto this stretched canvas stylized shapes and images of bacteria (the taxonomic Kingdom of Monera), an organism that shares all of our environments with us. The bacterial images and shapes construct a stylized environment that makes reference to microscopic space. The microbial world is depicted on a much larger, but more human, scale, and is stretched over the lawn environment of Terrain South, emphasizing the layered, interwoven nature of human and non-human landscapes.

Tom Denlinger was born in Los Angeles, California, and currently resides in Chicago, IL, where he teaches digital media, photography and drawing at DePaul University. He has an MFA degree from the School of the Art Institute of Chicago, and a bachelor’s degree from California State University East Bay, CA. Mr. Denlinger has had solo exhibitions in New York, Italy, and Chicago, as well as exhibitions in Seoul, Turin, Madrid, and Frankfurt. He has received grants from the Illinois Arts Council, the City of Chicago, the Kunstlerhaus, e.V. in Hamburg, Germany, and The Artadia Foundation. His work is in the collection of the Museum of Contemporary Art, Chicago, IL the MacArthur Foundation and the Notebaert Natural History Museum, Chicago, IL. 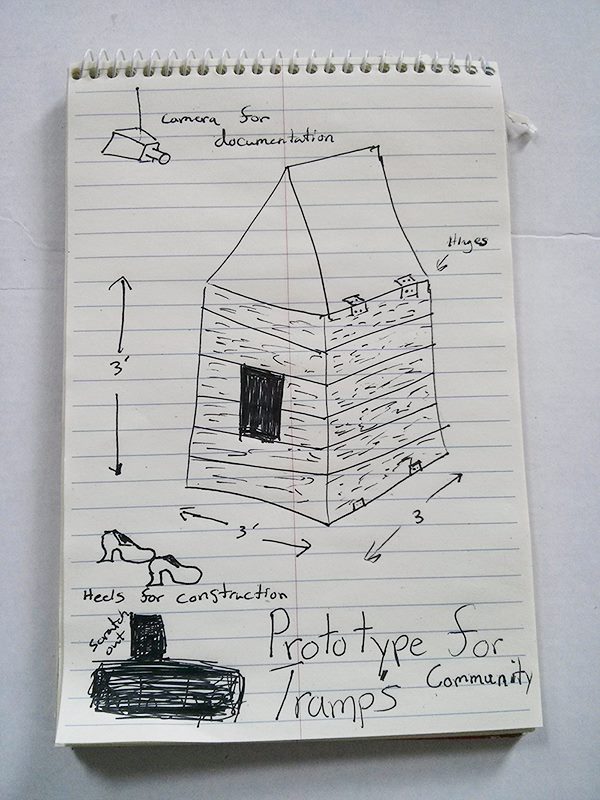