In 1996, a single pickup truck was produced by the Ford Motor Company. It’s color somewhere between teal and sea-foam. A greenish. Which is to say that there must be a great deal of other’s that look or have looked quite similar. In the driver, passenger, and the upholstered median space between the two seats has sat a number of versions of the truck’s intended operator.

To a left is a former trap house. It’s windows are boarded and some of them barred. Some of them boarded under the bars. The siding is predominantly gray with a wood grain. Not a real wood grain, but a real good copy of what that would look like. With a closer look the plastic seams are visible. At the base of the house are little metal cylinders. They look like bullets but could as well be from the gutter. Any aesthetic qualms with the gutter can be attributed to the scrappers who ripped it apart in a windstorm.

Parked in the driveway is the greenish truck. At other times other vehicles have parked there. At some point between now and when the concrete settled, this truck or those other vehicles’ weight might have cracked the driveway. It is also possible that the cracks were caused by global tectonic shifts and their residual seismic reverberations.

The truck’s registration has expired. It needs a jump for example, to pass inspection. Legally, it’s not going anywhere. There is also a flat tire. In any case, it is sitting collateral. Between now and July it could be sold. There have been several offers already. Mostly from other people in trucks driving down the alleyway. Eventually another version of an operator will sit in the front seat. When the truck is not here, physically. Then to see the truck, the house, and the driveway will require an entirely new way of looking.

KASPAR HAUSER distills the ambiguous timeline of materials, events, and experience as they relate to a foreclosed house, an unregistered truck, and the land upon which they’ve come to rest. 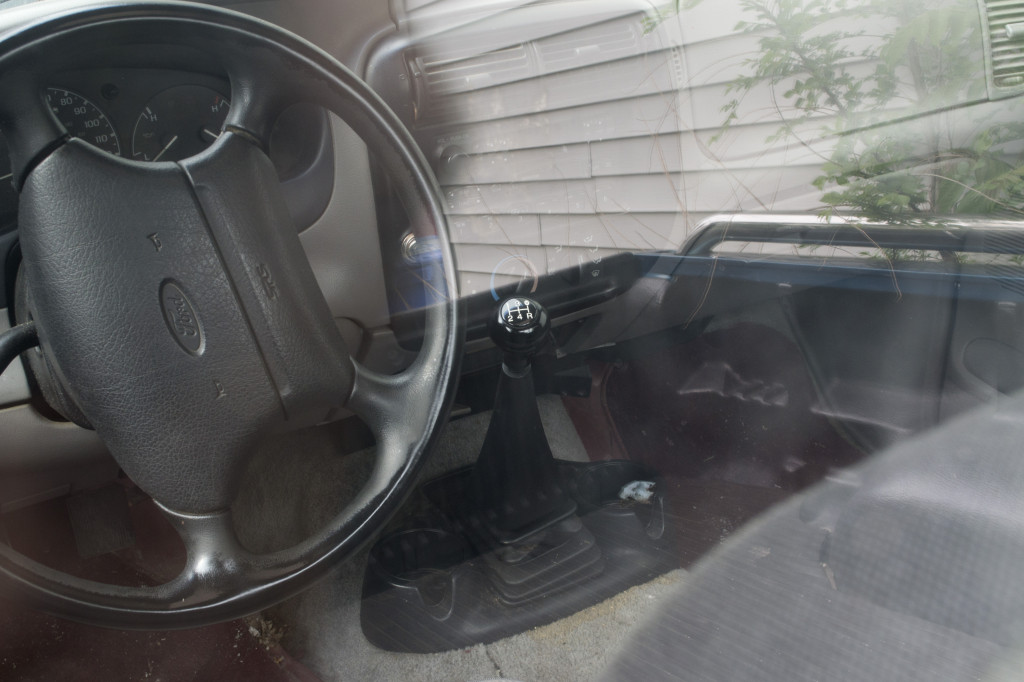