On view through Thursday, July 31st

Maxwell Colette Gallery is proud to present Mass Contemplation, featuring new work from celebrated Chicago-based illustrator Ian “Hydeon” Ferguson. This will be the artist’s first exhibition with the gallery.

Ian Ferguson’s work blends street art, fine art, and graphic design into surreal contemporary Americana, full of metaphor, and designed to intrigue and provoke. Reacting to a world he perceives as being “dominated by the exploitation of oversized lifestyles”, Ferguson presents images of a minimized existence. It is a world of tiny houses, pointy boots, hobo shacks and mountains populated by fantastic beings called ‘herms’. Ferguson’s vision is steeped in nostalgia and punctuated by a spiritual connection with nature.

Mass Contemplation will showcase Ferguson’s new india ink drawings on paper. It will will also present a site specific installation titled ‘Terra Firma Shelter’, which will re-create one of his tiny shelters in human-scale. Ferguson says “the simple and compact design of the shelter structure is meant to embody the ethos of minimal imprint living or the act of simplifying one’s means of basic survival… [The Installation] is to be visually received like a ship in a bottle absorbed by an old west ghost town.”

In conjunction with Mass Contemplation, the gallery will be releasing Ferguson’s self-published first book, ‘Early Morning Contemplation Over Coffee’. The book features reproductions of the india ink drawings included in the show. The signed and numbered limited-edition books will be available exclusively through Maxwell Colette Gallery. 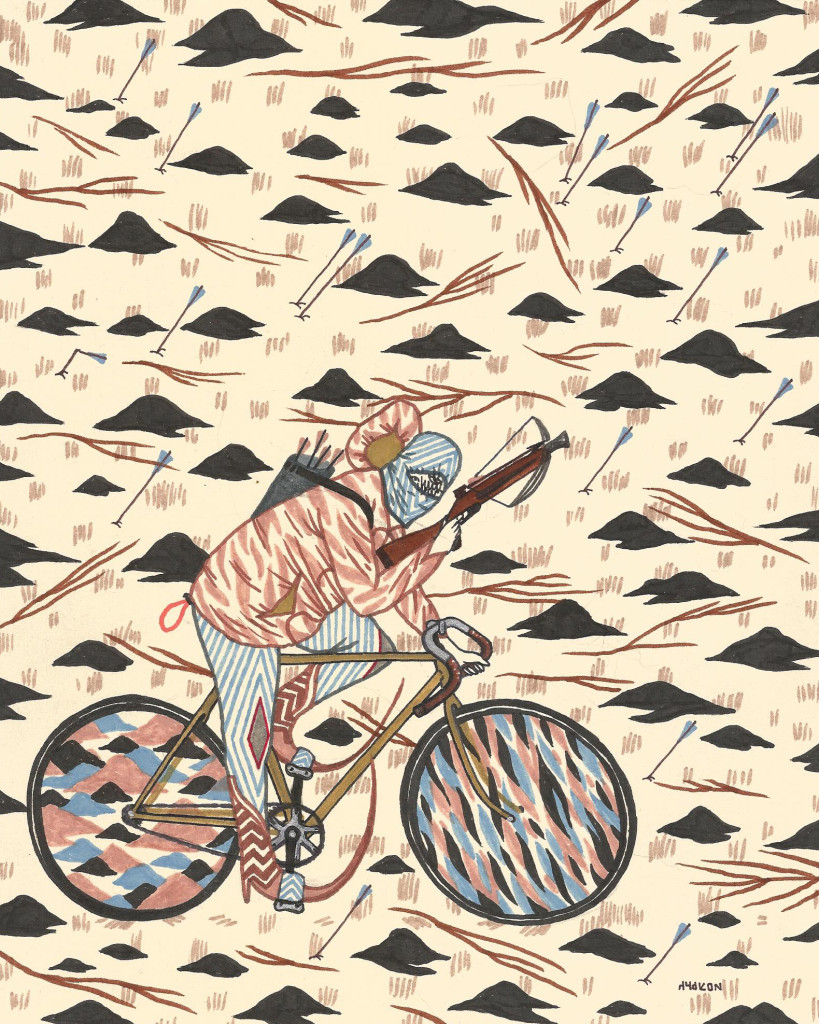