Eugene Richards: Red Ball of a Sun Slipping Down

On view through Sunday, August 3rd

“The Mississippi delta of Arkansas has been called at various times the heart of the South, the land of opportunity, a forgotten place. I went there for the first time as a VISTA volunteer in 1969. This was but a year after Dr. Martin Luther King’s assassination, a time when fear, racism, and poverty were what shaped people’s lives.
The delta was as starkly beautiful back then as it is now, with cotton fields running to the horizon and small towns that appeared to rise up out of the land. I thought I’d be there a year, but ended up staying more than four years, working for an anti-poverty organization that I helped found with other former VISTAs, then as a reporter. I stayed until I just couldn’t anymore.
I returned to the delta in 1986 when working on a book on American poverty, then eight years ago to search for the few remaining sharecropper shacks. The last time I went back, I photographed church services, tractors in the fields, children walking home as the sun was starting to set. But it wasn’t until this past winter that I found myself flipping through my old black-and-white contact books, the ones from the late ’60s and early ’70s, searching for pictures of life in the delta that I never took notice of before. And as I did this, more than forty years of memories began to well up and overlap.
Red Ball of a Sun Slipping Down is about then and now, memory and change. Black-and-white photographs made long years ago and never printed are interwoven with recent color work and, in turn, a short story that relates my encounter with a tough-minded, impoverished delta woman but also addresses my own struggle with aging and mortality. Red Ball of a Sun Slipping Down is a timely story, (and an experiment in bookmaking).”
-Eugene Richards 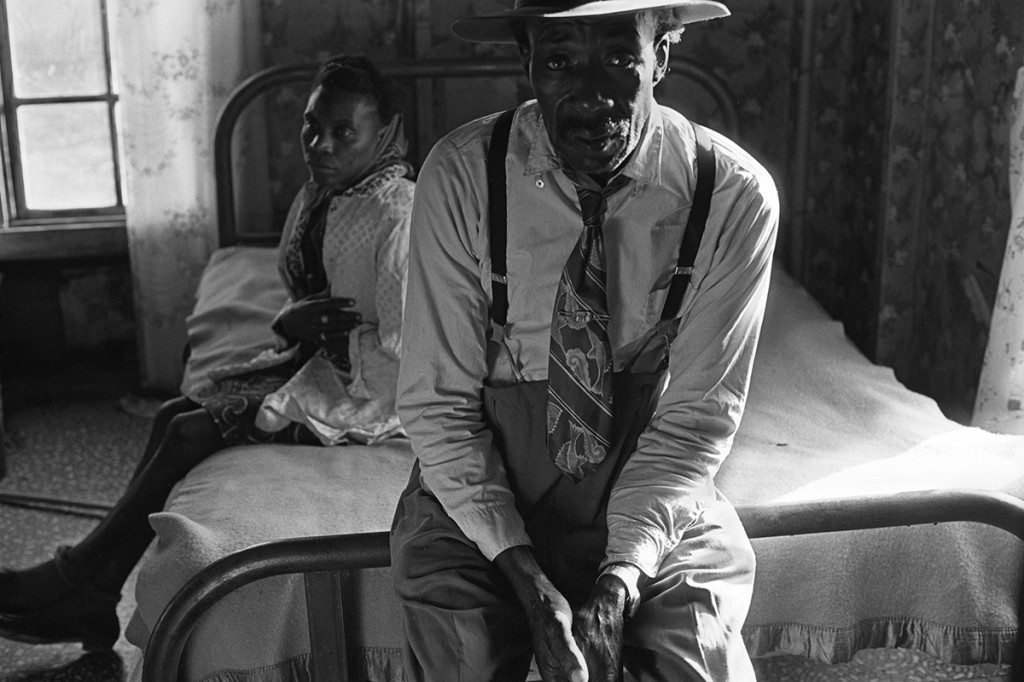