Synopsis:
A sampling of some of the strangest and most thought provoking conspiracy videos to be found on youtube including:

Merck Vaccine Chief Brings HIV/AIDS to America, This censored interview conducted for public television was cut due to its huge liability–the admission that Merck drug company vaccines have systematically been injecting cancer viruses in people worldwide.

This segment of In Lies We Trust: The CIA, Hollywood & Bioterrorism features one of the world’s leading vaccine experts who explains why Merck’s vaccines have spread AIDS, leukemia, and other horrific plagues worldwide.

The Mena Connection, Eyewitness testimony paints an incredibly detailed and paradigm shifting view into the secret world of high-level politicians, the CIA, Iran Contra, cocaine, and the funding of a secret government. Hollywood Insider

Freemasonic and Occult Movies & Symbolism:Hollywood Insider. Be assured the Illuminati and the Necronomicon are very real. Other topics include multi-dimensional beings feeding off humans, parallel universes, ghosts, sex magick, and Brad Pitt.

Hell’s Bell’s The Dangers of Rock ‘N’ Roll 1989 journey into the dark side of rock music and its negative effect on society (from a Christian perspective).

The Assassination of Jimi Hendrix, In the last twenty four hours only two things are certain it was no accident, and it was not a suicide.

The Borg Agenda, in its entirety is a marathon reaching over 14 hours in length, an intense exploration into critical issues of modernity. Is the Star Trek franchise and perhaps the whole of pop science fiction insidious propaganda aimed at coaxing all of humanity into a steely robotic cage?

Kubrick’s Odyssey Secrets Hidden In The Film of Stanley Kubrick Part One Kubrick and Apollo. First in a series of documentaries revealing the secret knowledge embedded in the works of the greatest filmmaker of all time. In Part One, Jay Weidner, presents compelling evidence of Stanley Kubrick directing the Apollo moon landings. Was 2001: A Space Odyssey not only a retelling of Arthur C. Clarke and Stanley Kubrick’s novel, but also a research and development project that assisted Kubrick in the creation of the Apollo moon footage?”

This screening will be out on the Comfort Station lawn starting at Dusk weather permitting. 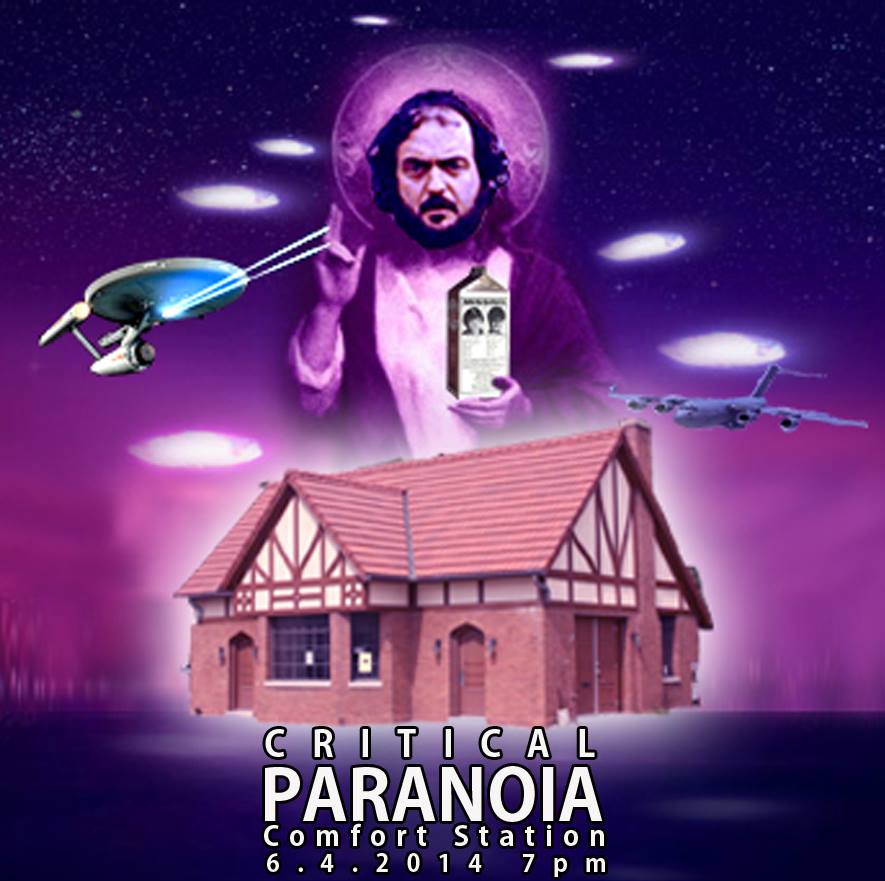