The vernacular video forms that have emerged on YouTube and other online services over the last eight years frequently bear striking resemblance to the non-narrative strategies that have constituted the history of avant-garde film and video.

While many critics and scholars have noted the resemblance, the implications for the cinematic avant-garde have gone largely unconsidered. As non-narrative internet videos begin to eclipse commercial cinema in viewership and cultural influence, the rise of YouTube might be seen, from one angle, as a covert triumph for the avant-garde. But if this is the case, these developments also initiate a crisis for experimental cinema, liquidating the relations that have structured it and calling into questions claims made on the behalf of its ideological force.

This lecture, illustrated with internet videos, asks how the new preeminence of non-narrative and fragmentary video forms recasts the history of avant-garde film and video and what sort of space it leaves for contemporary avant-garde moving image practice–particularly one geared toward an emancipatory politics. (CB)

Colin Beckett is a writer based in Brooklyn New York. His work has appeared in BOMBblog,The Brooklyn Rail, Cineaste, Moving Image Source, Idiom Magazine, The L Magazine, and wuxia. 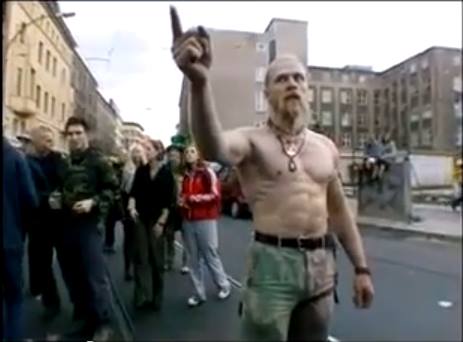