Here, there and everywhere: truth and liveness is a meeting place; between here and there, between a truth and a lie,
between the live and the absent. Angharad Davies (MFA 2014) and Stephen Kwok (MFA 2014) co-opt the everyday
desire to leave, the failure to escape, and the subsequent coming to terms with the situation at hand.

The artists consider the banal structures of conference calls, rehearsals, advertisements, and film trailers in order to
imagine a collective daydream whose realization is still pending. Documents become artifact, props become sculptures, stages for performances become sets for videos, and writing is script, score, and epilogue. The exhibition brings together objects, videos, performance, and image. Here, at this site of comparison and examination, Davies and Kwok collaborate in drafting a new proposal for encountering the everyday.

4:30 pm ‘Pineapple’ (on the way) | An interactive performance by artist Stephen Kwok.

Pineapple (on the way) imagines a movement through the city, guided by a journey of consumption from micro to macro. 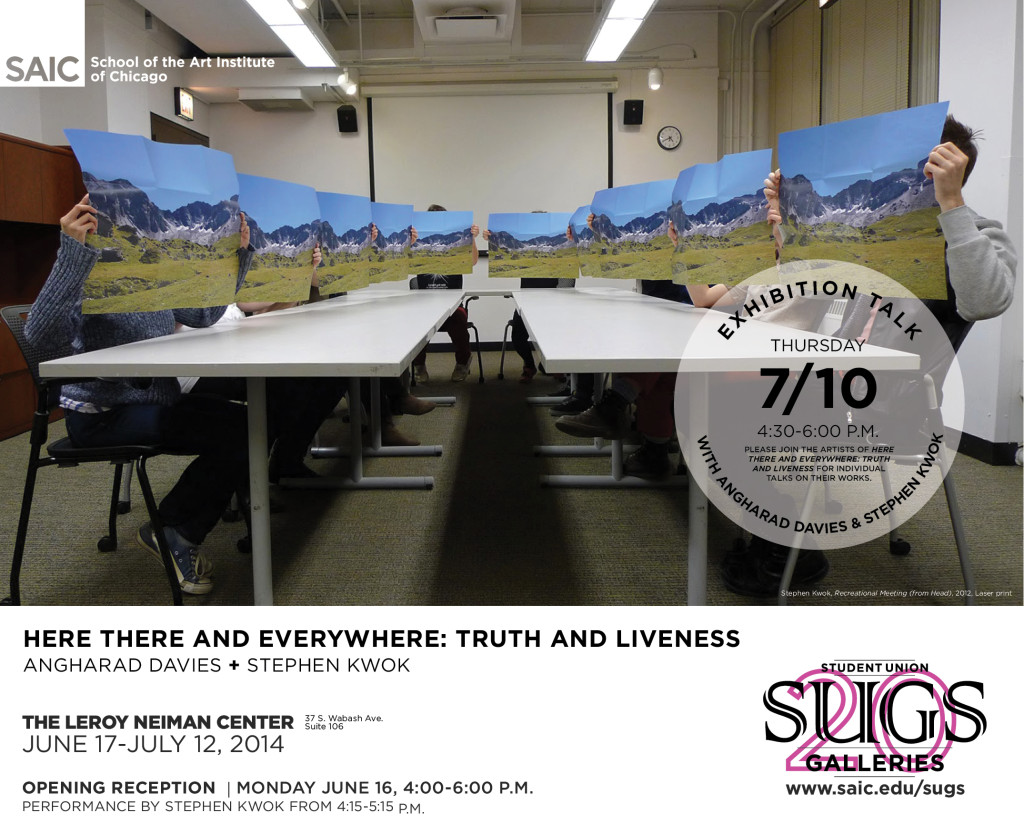