On view through Saturday, July 26th

The Human Space is an exhibition of photographs by Andy Karol & Oli Rodriguez. The exhibition will be on display at Logan Square’s Beauty and Brawn Art Gallery and Think Space with an opening reception on Saturday, June 7, 2014 from 6:00 pm -10:00 pm and a closing reception on July 26, 2014 from 6:00 – 10:00 pm. The receptions will feature food, drinks and music by Okapi and is family friendly. The artists will also participate in an Artists Talk on Sunday, June 29th, 2014 at 6:00 pm.

Chicago-based photographer Andy Karol is known primarily for her portrait photography in gender and sexuality. Through artistic gender exploration, Andy hopes to initiate greater understanding and acceptance for all genders with a more aspiring goal of identifying and defeating sexism and genderism. Andy was born and raised in Valparaiso, Indiana and graduated from Indiana University Northwest with a B.A. in Communication. When Andy is not photographing for personal and art projects, she is capturing families, musicians, and headshots. Andy is most known for her moody and darker undertones in the work that draws upon rich emotional connections. The Project “Eden: Expressions in Gender” brings gender fluidity and variance center stage with its thirty black and white, fine art nude portraits of subjects expressing their own non-conforming gender. “Together, the subjects and I collaborated on the posing that would best express their own gender variance. It was important for me to include a wide range of people who identify at various places on the gender spectrum, as well as with varying sexual preferences,” explains Karol. “The project includes individuals who identify as transgender, genderqueer, intersex, tomboy, gay, lesbian, straight, bisexual, queer, and those who refuse to use labels. The amazing part about the project is that I didn’t specifically have to seek out one “type” or “label”; such a wide variety of people were drawn to the project! All subjects were digitally photographed in the nude using local, wooded scenes around Chicago. In my eyes, there is nothing closer to the state of natural being than the connection between that of earth and the purity and vulnerability of the human form. The nature settings emphasize that gender fluidity is natural and that strict conformity to the binary is a human-made condition. Also, in stripping everything down, we are able to have a more intimate look at the person presented. Such intimacy invites the viewer to connect with the subject with fewer distractions, who, in “standard society,” does not fit the conventional gender norm for their physical sex. The name “Eden” has a distinct binary association to it, originating in a story that has been used for centuries in order to demonstrate expected gender roles and bind us to them. I thought that in using ‘Eden’ in the title, I would further drive home the point of a binary world that we have created ourselves. Eden’s origins being in a garden and involving nudity also fit well into the theme of the project.”

Oli Rodriguez’s “Papi Project” is an interdisciplinary project including 3D photographic sculptures, video, photography and performance. The project vacillates between exploring the effect of technology on gay/queer hook up culture as well as a simultaneous conceptualization of generational loss. The landscape photography investigates locations of previous cruising spaces. With the internet made accessible to the public in 1993 and the concurrent generational loss of queer/gay men to the AIDS epidemic, these locations of cruising were symptomatically reduced then lost. Thus, this project spans the years from 1978 through 1993, roughly the era of the AIDS epidemic in America. The video component initiates collaboration with men that have survived the epidemic. “I seek out men who had sexual relations with my Papi (dad) and ask them to have any mediated contact with their consent. These men have full documentative power (videoing us), as well as full power of dictating our interaction. The portrait photography functions as archival art, which depict the queer nuclear family. The 3D sculptures appropriate from the archive of portrait photographs, reviving these documented historical moments into a fragmented physical contemporary space,” explains Rodriguez, an adjunct assistant professor in the photography department at the School of the Art Institute of Chicago. 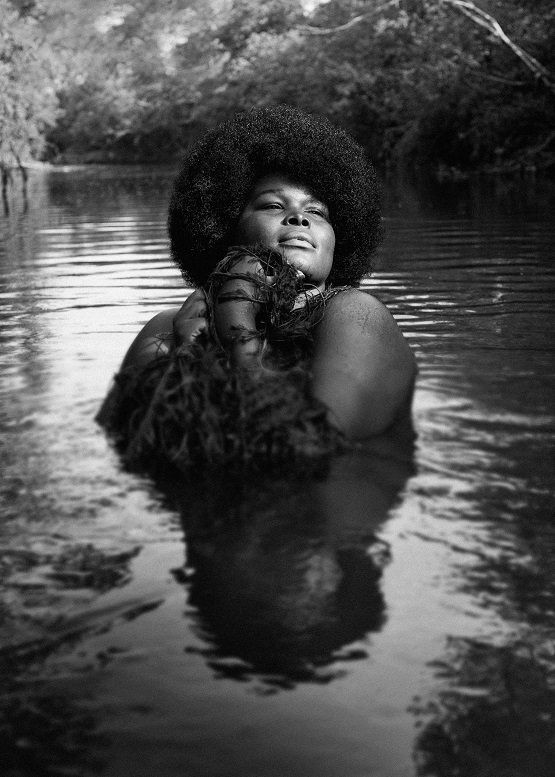